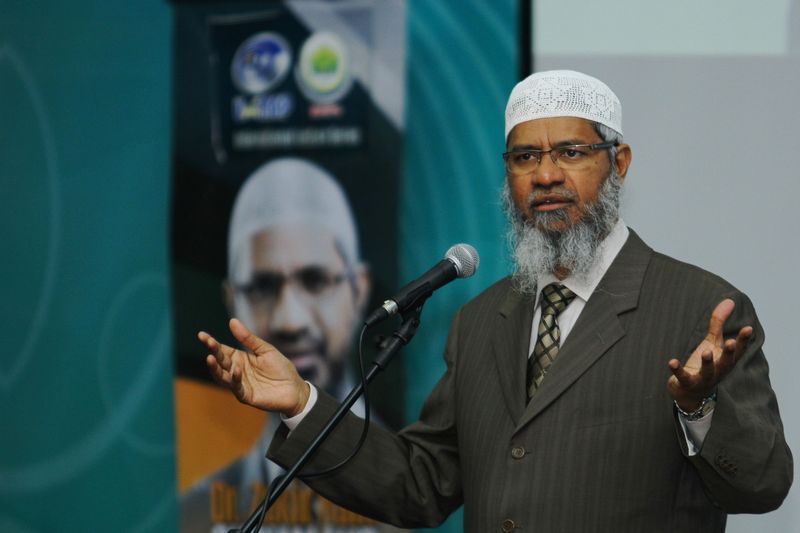 Following Indian preacher Zakir Naik’s controversial racial statements that had all Malaysians in an uproar, the man is now banned from giving speeches in every state in Malaysia, reported the Malay Mail.

“Yes. Such an order has been given to all police contingents, and this was done in the interest of national security and to preserve racial harmony,” Royal Malaysia Police Head of Corporate Communications Datuk Asmawati Ahmad confirmed when contacted.

Zakir Naik was taken to Bukit Aman on having his statement recorded last night (19th August), and the questioning lasted for 10 hours. He was scheduled to arrive at the venue at 3pm only to leave at 1.30am the next day (20th August), as he is being probed under Section 504 of the Penal Code for intentional insult with intent to provoke a breach of the peace, stated CID director Datuk Huzir Mohamed. According to Malaysiakini, Naik has since issued an apology, especially to non-Muslims who were hurt by his talk the other day.

Zakir Naik said that his statements were “used selectively with fabrications added to them” and that he is actually not a racist.

“As you must have noticed for the past few days, I am being accused of causing racial discord in the country and my detractors have been using selected sentences taken out of context and adding strange fabrications into them,” he said in a statement this morning.

Zakir Naik also said that he was saddened that the non-Muslims thought that he was a racist based on what he claims are fabricated and taken out-of-context statements from his speech.

“It also worried me because the ones who are hurt have not heard my speeches but based their impressions on out-of-context quotes of me.”

“That is a cause of concern for me because it brings harm to the image of Islam and serves to drive people away from it,” he said.

“Racism is an evil I am staunchly against, as is the Quran, and it is the exact opposite of everything I stand for as an Islamic preacher,” he added. According to him, an apology was still due although he had clarified that the statements were taken out of context.

“I feel I owe an apology to everyone who feels hurt because of this misunderstanding.”

“I do not want any of you to harbour ill feelings towards me. It was never my intention to upset any individual or community,” said Zakir Naik.

“It is against the basic tenets of Islam, and I would like to convey my heartfelt apologies for this misunderstanding.”

So, what’s your take on this issue? Let us know in the comments below!