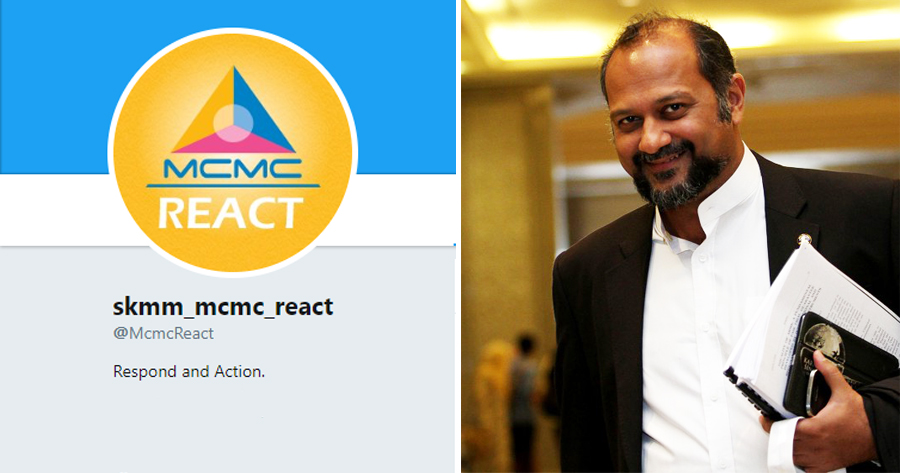 We are now living in the 21st century so when we have a complaint, we no longer have to make calls or write emails. Instead, it looks like the new millennial way of filing complaints can now be done using social media, specifically Twitter.

Often times we see Twitter users tagging an organisation’s Twitter handle to ask a question and the company actually responds within minutes. It’s so much more convenient than waiting for an email reply, and that’s why the Malaysian Communications And Multimedia Commission (MCMC) is now accepting complaints and questions from Malaysians about matters concerning the Internet on Twitter.

The Twitter account that goes by the handle @MCMCReact was just set up this month and explains in its bio that it attends to inquiries that people have for the MCMC. It’s tagline is “Respond and Action”.

According to The Star, even Communications and Multimedia Minister Gobind Singh Deo himself has been forwarding some complaints that had been sent to his Twitter account, @GobindSinghDeo.

The account’s first tweet was seen on July 6, but it appears that they have recently started responding to queries more frequently over the past few days. Currently, they have a follower count of more than 300 people, but this number is rising quickly.

To ensure that your tweet gets the message across effectively, the organisation recommends users to give relevant details about the problem like their affected phone number or housing area (in cases of home broadband issues). The MCMC also has a website where users can file and track their complaints.

So, if you have a complaint about your Internet or house phone, or you simply need to contact the MCMC for any other matter, you know who to call…..I mean, tweet.

Also read: Fixed Broadband Prices Will Be At Least 25% Cheaper By End of 2018, Says Gobind