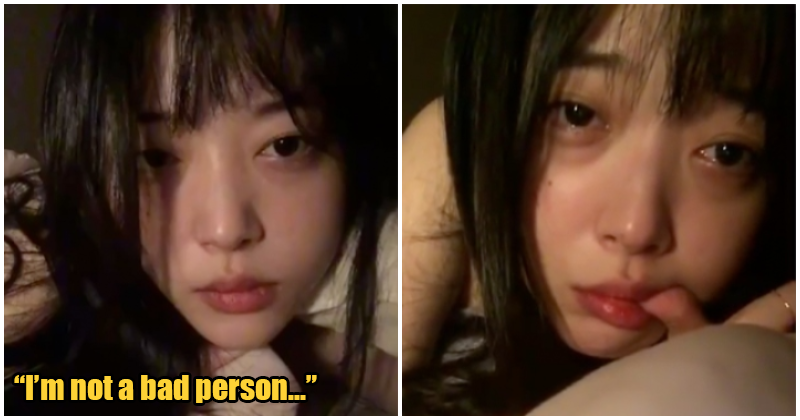 The world stood still when the news broke about 25-year-old Sulli from the Kpop girl group f(x) being found dead in her home in Seongnam, South Korea.

Now, shocking Instagram Live videos are surfacing of Sulli from just two days before her death. In one video, she can be seen asking the world to cut her some slack, as told by Tribun.

“Don’t be so hard on me, I’m not a bad person,” Sulli had said in Korean, trying to smile through her sorrows. “Please don’t misunderstand me.”

In the other video, Sulli can be seen crying her eyes out.

As according to Metro, police officers have also confirmed that Sulli’s death could have been a suicide considering the star was heavily targeted by online bullies while she also suffered from severe social anxiety, panic disorder, depression, and was under a lot of stress.

Sulli was also close friends with Jonghyun, SHINee star and fellow SM Entertainment label-mate, who took his own life at 27-years-old.

These stars may look like they live the glitz and glamorous easy life, but that’s what social media portrays and behind the scenes may be a whole different issue.

Cyberbullies should really take a good, hard look at their own lives before blasting their opinions about someone else’s.