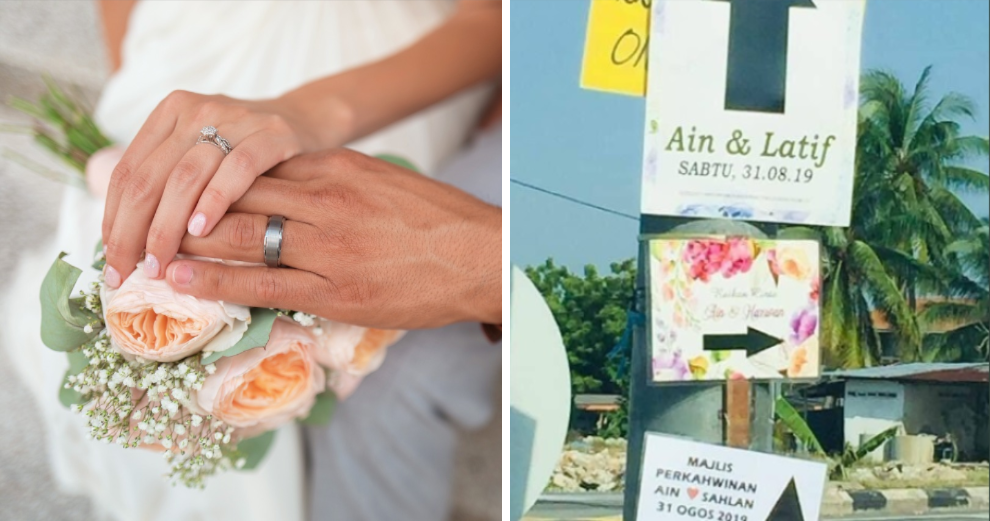 Sometimes, you meet your name-twins at the most unexpected times, and for these three girls who decided to get married on Merdeka Day 2019, the last thing they expected was for guests to be confused as to which Ain’s wedding they were supposed to go to! In a now-viral post by Asraf Iskandar (@asrafiskandar5), signs for the three weddings featuring three girls named Ain had been posted on a streetlamp to direct guests to the wedding venue.

Asraf himself obviously found the coincidence funny, as he captioned his post with, “Guys, who is Ain actually marrying?”

Twitter immediately erupted with laughter, with many tagging their friends named Ain, and other girls named Ain joined in the fun as well. Obviously, there are three girls named Ain involved in the weddings, and it’s not the same girl! That said, it’s pretty rare for all three to end up having planned their wedding on the same day and had signs for their wedding posted on the very same lamp post. We wonder if they ever met each other after all the weddings were said and done!

How many people have you met with the same name as you? It can be pretty rare, or pretty common – it’s all subjective. Let us know in the comments below!

Also read: 23yo M’sian Man Travels 14,477KM From The USA To Australia Just To Spend Time With His GF