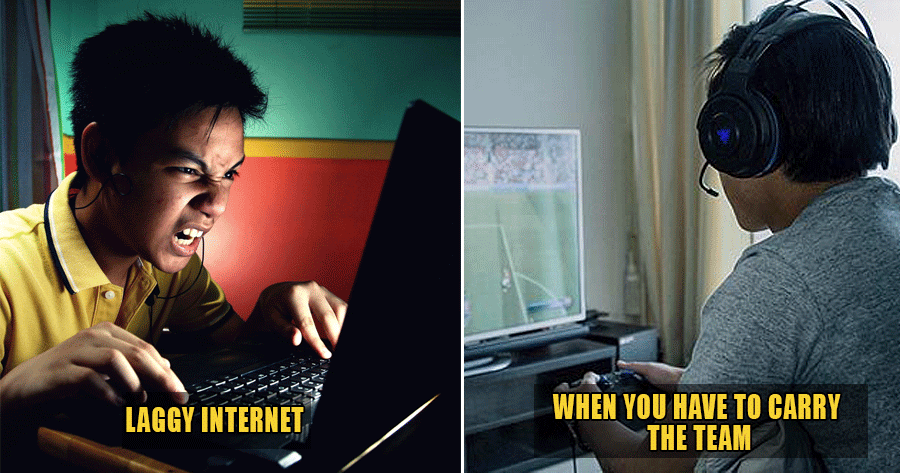 If you’re a gamer and you know your stuff, then you don’t need us to tell you that gaming can be a pretty annoying struggle when you have so many things to deal with. If you play games on the PC (or console) frequently or have played before, these are 10 of the struggles that confirm you can relate to!

P.S. If you (unfortunately) relate to these things, read till the end to find out how you can win some cool gaming gear for yourself 😉

1. When your GF calls you mid-game and you can’t pause

So which do you pick? Winning for the team or making sure your GF doesn’t kill you later? 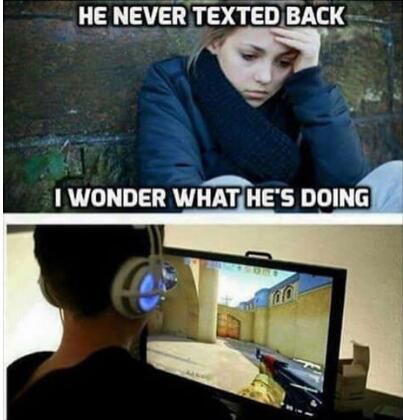 And if our team loses, sure we’ll be blamed because we got distracted. No matter what, we also kena… 😭 😭 😭

2. When your mom’s calling you and you have to decide between dying in-game or dying in real life

We often choose the latter…

Kenot let the team down mah!

I mean, if you’re really good at a game then sure lah, but if we’re going to have to carry you the entire match of Apex Legends how like that…

Pro-tip for gamers: Next time your girlfriend says she wants to play videogames with you, play fun and non-competitive games like Overcooked 2 😉 HEHE! 4. When the actual game doesn’t look like the trailer

Remember when you were so hyped to buy that one game and then it turns out to look nothing like the trailer?

5. When you play online and INTERNET LAG

6. When you don’t intend to play but your friend sends you a game invite

Then you think to yourself: “Ok lah. Just one game.”

Next thing you know, 6 hours already flew past, it’s now 3am, and you’re gonna be a zombie the next day.

7. When your friend is on the opposing team 8. When you’re the friend who’s left out because all slots are filled up already

Never in your life have you felt this betrayed and alone.

9. When you’re the only capable one in your team Why does it seem like it’s always down to me to carry the whole team?!

10. When you have to choose between your hengdai/member and GF

The ultimate question: which one will you choose? Stay home play game OR spend time and sayang girlfriend?

Whichever answer you choose, you know there’s gonna be one loser, and that’s you!

Well, this might happen again if you WIN the free trip to watch the ESPORTS competition held in the Philippines! How, you ask? Just pay with Razer Pay between 1st-31st Oct 2019 to stand a chance to win!

Yup, you read that right! For the first time ever, ESPORTS will be featured as a medal sport at SEA Games 2019 and Razer Pay is generously sending a lucky pair of people there! Trust us, you wouldn’t want to miss this first-time event.

You can participate in this giveaway via Razer Pay where you now can: With SO MANY STRUGGLES we gamers have to deal with when we game, just join Razer’s Pay Your Way to SEA Games 2019 competition and win yourself the ultimate trip to destress.

Here’s how to win:

There are a lot of participating merchants, including:

There are even e-coupon discounts up for grabs on the app! So what are you waiting for lah?!

Make sure you pay with Razer Pay between 1 of October 2019 to 31 October 2019 to stand a chance to win a FREE trip for two to watch the ESPORTS competition at SEA Games 2019 in Philippines.

Psst! There are even Razer Kraken Tournament Edition headsets, Razer BlackWidow Elite keyboards, and other uber-cool Razer weekly prizes up for grabs. So don’t miss out! More information on this exciting contest can be found here.
Also, here’s a special treat for our readers! Just scan the QR code below with the Razer Pay app and find out more 😎 (Limited redemptions only). Now, if you do win the grand prize, who will you choose to bring with you to the SEA Games? Sound off in the comments below!