Here at World of Buzz, we loooove our Chicken McNuggets, so you can imagine our excitement when we found out that McDonald’s has released not only a new Salted Egg Yolk Sauce, but also Loaded Fries (with said sauce and crispy chicken bits)! 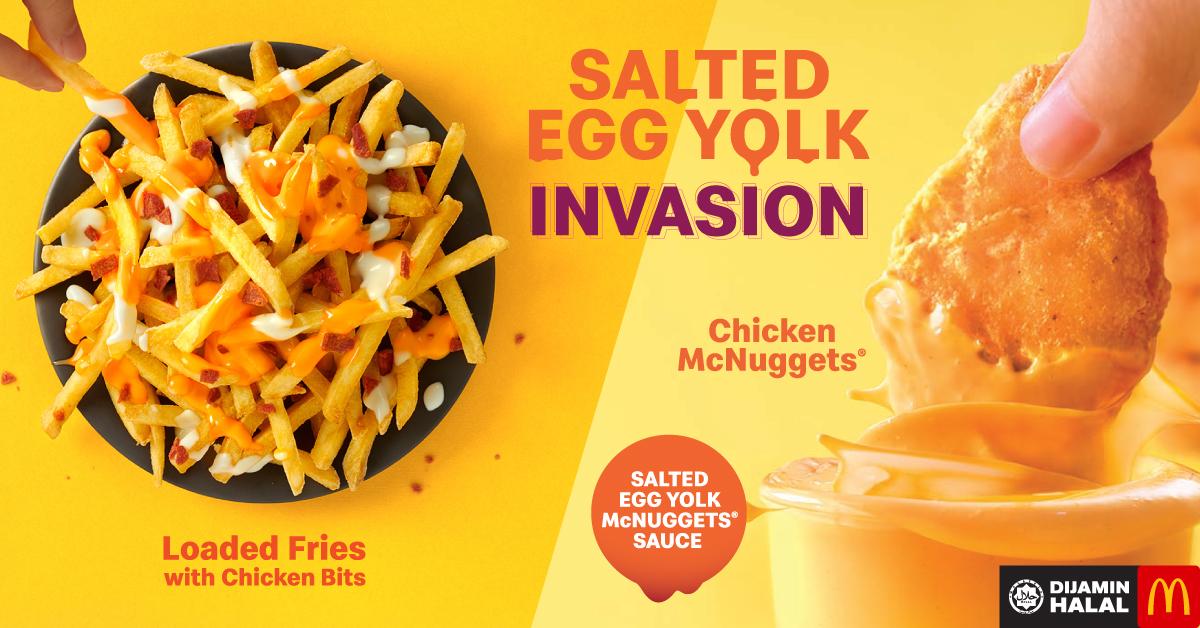 As far as we know, the savoury sauce has just hit stores today (1 March), so you can say we’ve ‘march’-ed into a new month with something exciting! We got ourselves the 9pcs Chicken McNuggets set with Loaded Fries and a drink for RM15.90, and now we’ve got a highly professional review locked and ‘loaded’. Read on to find out our verdict!

We can’t say a bad word about Chicken McNuggets – they’re McD’s Holy Grail, and that’s that. With the Salted Egg Yolk Sauce on, what struck us right away was the immediate saltiness. The egg yolk part of the sauce hits your taste buds shortly afterwards, and it’s only then that you can taste the complete flavour. While it doesn’t measure up to the instantly addictive aroma that keeps us going back to our local Chinese eatery’s salted egg prawns, it is a decent starter for someone who has never had salted egg anything before. Just like the McNuggets, our love for McDonald’s French Fries springs eternal. But how about when there’s Salted Egg Yolk Sauce and Chicken Bits thrown into the mix? After a few focused munches, we agreed collectively that while the Chicken Bits added some variety to the texture, the Salted Egg Yolk Sauce tasted better paired with the McNuggets. As the Fries are salty on their own, the sauce does not quite complement it, but rather amplifies the saltiness to slightly overwhelming levels. For us at least, those who love extra salty fries might beg to differ and call this somewhat ‘mild’. Final Verdict: All in all, we would have liked it better if there was a more familiar and well-rounded salted egg yolk taste, even though we know it ain’t easy capturing the essence of a flavour as complex as this. In the case of the Loaded Fries especially, the sauce ended up evoking a ‘salty mayo’ flavour instead. We’ll probably take our Fries and McNuggets just as they are, next time round! But hey, it’s worth giving it a go if you’re bored of the usual sweet & sour or BBQ sauce to dip your nuggets in!

Have you tried McDonald’s new Salted Egg Yolk McNugget Sauce or Loaded Fries? Share your thoughts with us in the comments!

Also read: We Tried McDonald’s New McVeggie Burger and Teh Tarik, But Did We Get Teh-Tarik?