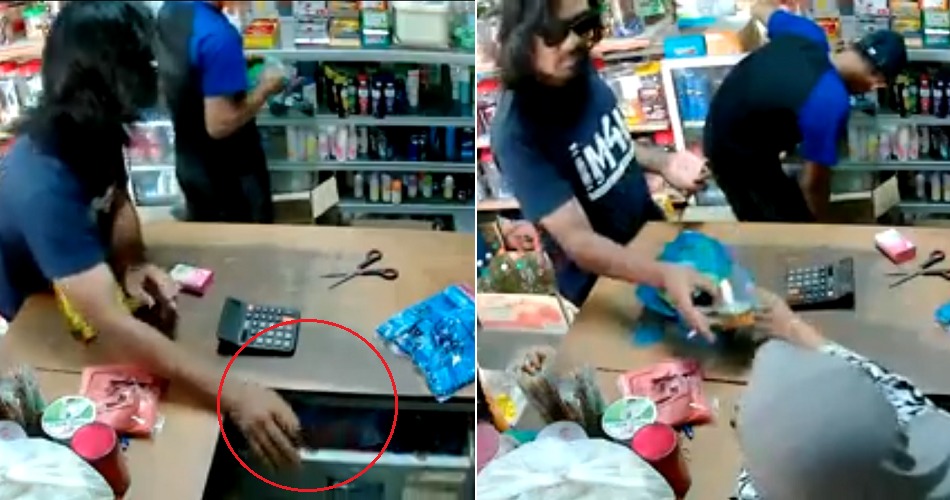 Looks like somebody woke up on the wrong side of the bed!

A man tried to steal from a convenience store but unfortunately, things went south when his plan completely toppled. According to footage from the surveillance camera, the man was seen trying to reach for the drawer behind the cashier counter but quickly closed it as the cashier came back. But, the “spectacle” doesn’t stop there because there’s more!

Instead of walking away from his failed attempt, he decided to buy a Lipton tea pack which was lying on the counter in order to appear like he was buying something from the store. The video didn’t even show him leaving the Lipton tea pack there!

At the time of writing, the video – which was shared by N9 Radar – has garnered over 6,300 shares and more than 1,100 comments. Many people must have been amused by the robber’s failed attempt.

You can watch the 47-second video here:

As the video went viral, many netizens left their thoughts in the comments section, and many of them clearly found the robber’s failed attempt funny.

One netizen said that the man came in with hope but left with a Lipton pack. Another netizen reckoned that the robber may have felt that the owner had very little money after seeing the drawer, thus he decided to contribute by buying a pack of tea.

Meanwhile, another netizen thanked the person who attempted the failed robbery as watching it was a stress buster. Well, we don’t deny it!

What’s your opinion on this video? Fire away in the comments below!