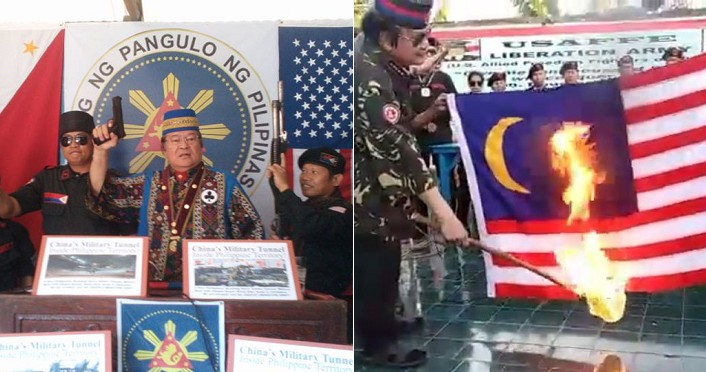 Recently, a video showing our Jalur Gemilang being burned by a Filipino lawyer-turned-politician went viral and Malaysia is not very happy about it.

Following that, Malaysia now wants the Philippines to take serious action on this matter especially since we enjoy good bilateral relations with them, reported The Star.

In a statement, Wisma Putra reckoned that the Philippines should make sure that things like this don’t happen in the future because it could possibly wreck the bilateral relations that we share with them. True that! “Malaysia strongly condemns such acts and views that the burning of the Malaysian flag as a serious incident. The flag of a country is a sacred national symbol and should be treated with respect.

“Such actions and anti-Malaysia comments made by this individual are offensive and the accusations made are baseless.”

In case you aren’t aware, the video which showed Elly Pamatong burning the Jalur Gemilang was shared by a Facebook page named President Pamatong Supporters.

FYI, Elly Pamatong claims to be the founder of the United States Allied Freedom Fighters of the East (USAFFE).

At the time of writing, the flag-burning video has gotten over 1,000 comments and more than 200 shares. You can watch the video of Pamatong burning the Jalur Gemilang here:

Adding on, it is believed that Pamatong and his supporters have burned the Jalur Gemilang in protest against Malaysian peacekeeping forces in Mindanao, an island in the Philippines.

This looks like a serious offence because burning another nation’s flag could jeopardise the diplomatic relationship between the two countries. We hope that the right authorities will take care of this matter as soon as possible and ensure that an incident like this doesn’t occur again.