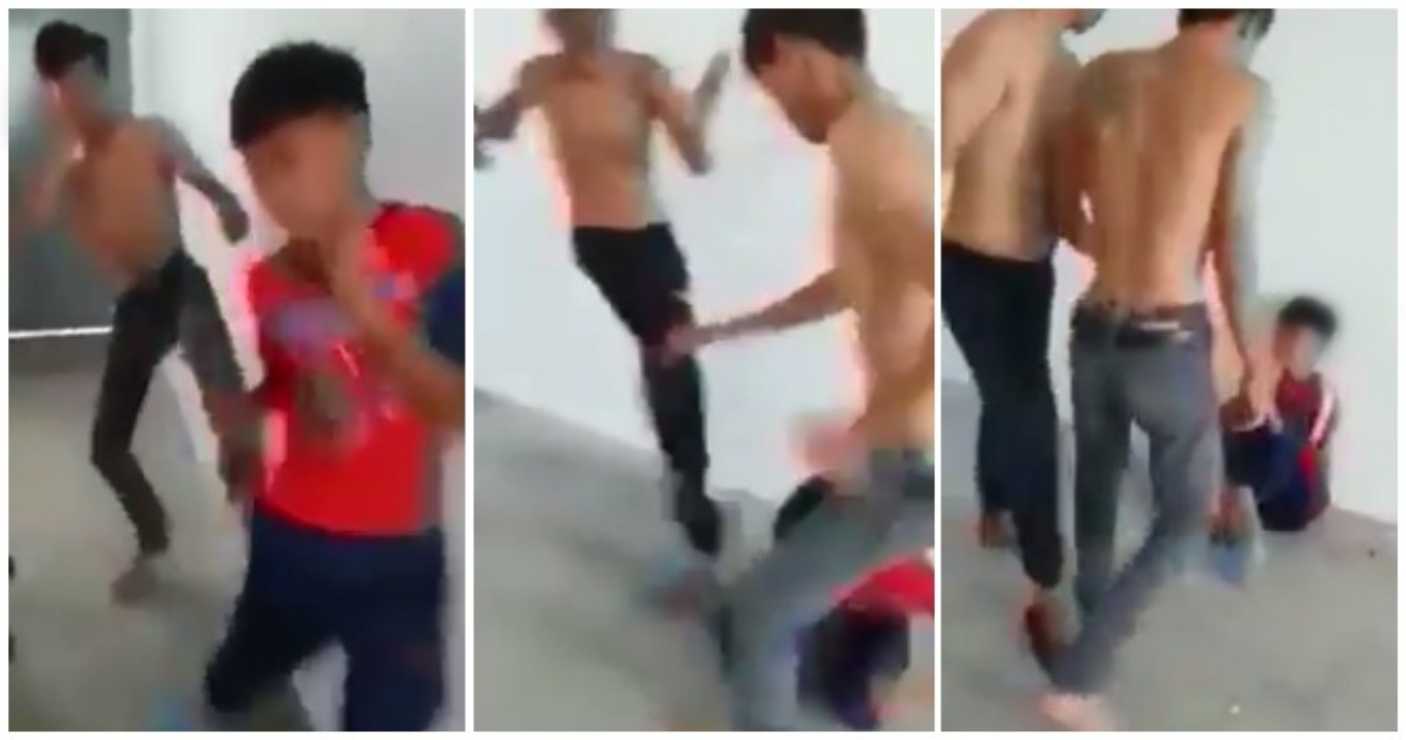 A lot of scary things are happening in the world right now and it is increasingly worrying.

The police are investigating a bullying case which involves a few teenagers and a 13-year-old male victim. The incident happened on 8th July in Miri, Sarawak, reported Utusan Borneo.

The investigation started when the victim’s father made a police report on Monday that his child was beaten up by five teens in his high school. Following that, the young boy was sent to Hospital Miri for treatment.

A video of the victim getting beaten by five students has gone viral on social media. The Chief Police of the Miri District, ACP Lim Meng Seah, said that the victim was believed to have been punched and kicked by a group of five teenagers on 8th July. One of the bullies was from the same high school that the victim attended.

The Chief Police added that the victim’s father filed a report after discovering from his son that the video of him getting bullied was being spread on WhatsApp. In the video, it looks like the boy is getting beat up in a classroom. The cries of pain from the boy can be heard as the bullies kick and punch him. The poor boy fell to the floor because of the assault. The victim was at first afraid to make any reports because he was threatened by the suspects.

The police are now investigating the case under Section 147 of the Penal Code and the possible sentences are a maximum of two years jail time or a fine, or both.

We hope that the victim recovers safely from the injuries and justice will be served. Bullying and violence is never the answer.

Also read: Woman Living in Seoul Gets Brutally Attacked by Locals When She Asked Them for Tissue in Toilet