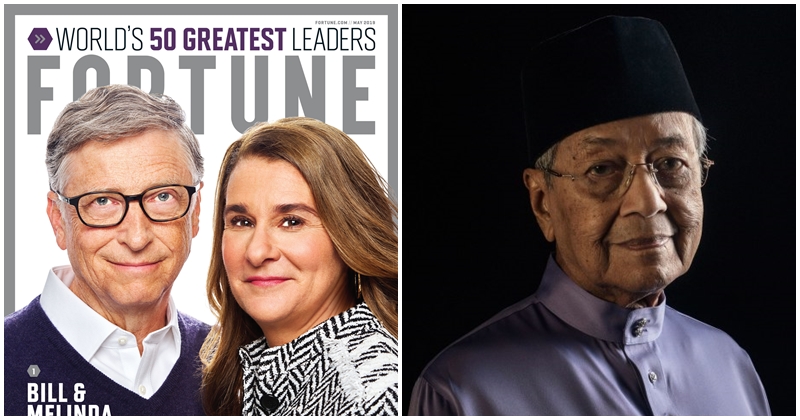 It is no secret that as Prime Minister, Tun Dr Mahathir Mohamad has made significant accomplishments in the areas of leadership, statesmanship, and good governance. Fortune states that Mahathir is currently writing an unexpected chapter in his legacy.

“During his 22-year tenure as Prime Minister from 1981 to 2003, he (Mahathir) turned Malaysia into one of Southeast Asia’s economic tigers.” “Last year he returned from seclusion to run for office on an anti-corruption platform, leading a new political party to a shocking victory over incumbent Najib Razak.”

“He is also moving to protect judicial independence and press freedom, recognizing that they help keep a democracy honest.”

Fortune’s list of World’s Greatest Leaders ranks entrants on their capability to make bold choices, take big risks and move others to do the same. We would like to congratulate Tun Mahathir for making it into Fortune’s list of World’s Greatest Leaders!

May Malaysia continue to grow into a strong and prosperous nation under his leadership.