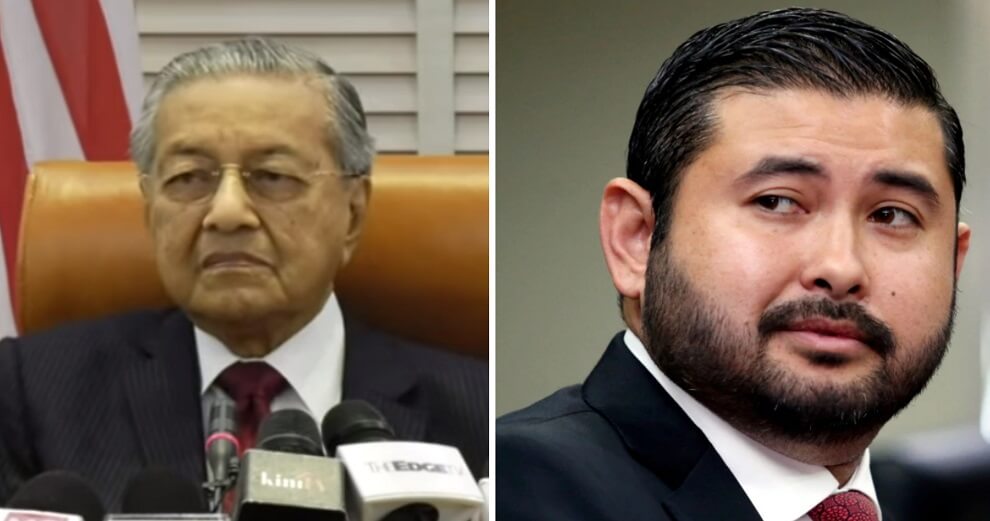 In his most recent press conference earlier today (6th May), the Prime Minister was asked about TMJ’s claim that many of the deeds of his father, Sultan Ibrahim Sultan Iskandar, were not being given enough credit and that further strained the relationship between the government and Johor royalty. In response to the question, Tun Dr Mahathir was quoted by The Star as saying,

“I don’t want to comment on the Sultan of Johor (Sultan Ibrahim Sultan Iskandar). If I say anything, that is not good – it is not nice because he is the Sultan. But this TMJ is a little boy.”

“Well, he is stupid because he does not know what is happening. So, don’t talk. If you don’t know anything, don’t talk.”

On Saturday (4th May), TMJ Tunku Ismail Ibni Sultan Ibrahim posted a series of tweets, claiming that the Johor royal family were being unfairly criticised over the Rapid Transit System (RTS) project. In one of his tweets, he uploaded a statement from the Sultan of Johor, which showed that a plot of land in Bukit Chagar was handed over to the government with no cost to be developed as part of the RTS project.

Two of his subsequent tweets translated to,

“Land for mosques and temples, and people going for the hajj pilgrimage? Thousands were helped by the Sultan, even donations to hospitals. No news.”

What do you think about Tun M’s latest statement? Let us know in the comments section.