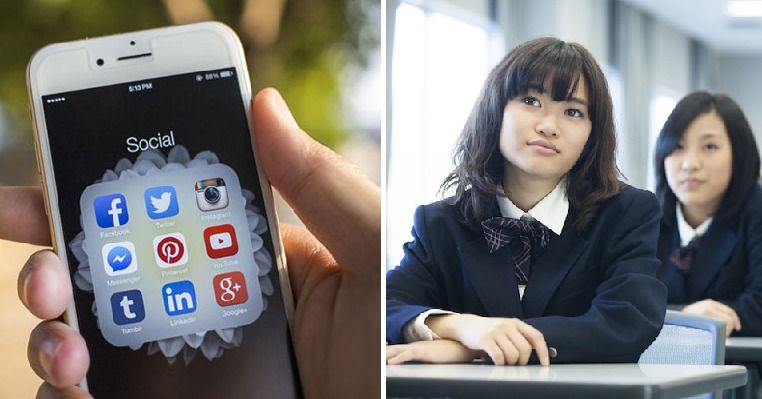 For most of us, having a few social media accounts is pretty normal and we’ve probably said or posted a few things when we were younger that might be a wee bit embarrassing. Especially those old photos of you when you were younger! You would hate for anyone to go digging inside your profile, especially if that person is a teacher or even your future employer. However, in this high school in Japan, that’s exactly what the teachers plan to do. One Twitter user, 16-year-old @asanansonsi recently shared a photo of her school’s new policy and it’s pretty frustrating and infuriating.

She’s currently studying in her second year of high school, as translated by SoraNews24 and in the photo is a form that her school had recently passed to the students. Apparently, the form asks about the students’ social media use and also how many “friends” they have on each account. While this seems a bit weird, nothing is really creepy yet, until you move on to the second and third question. For the second question, it states, “This is for those of you who answered ‘Yes’ in regards to using social media. In order to prevent trouble caused via social media, this school performs Internet patrols. To prevent any trouble, please write down the ID you use for each of your social media accounts.”

This means that the school actually wants to monitor what their students are doing on social media and since they asked for pre-existing accounts, they want to look up the students’ pasts too! Why lah? Of course, you might be thinking that one way around this ridiculous requirement would be to simply lie and say that they are not using social media. But the school has thought ahead and actually said, “Students are not allowed to use social media accounts other than the ones they write down on this form. If you are found to be using an account not declared on this form, you will be suspended from school.” Eh, WTF!

The girl approached her teacher and said that this was quite an unnecessary requirement but to her surprise, the teacher said, “High school education isn’t mandatory [in Japan], so if you don’t like the policy, you’re free to drop out.” This is not a viable option because it could make life difficult for @asanansonsi or her classmates in the future when they are out in the real world. Just when you think that all is lost, there is actually one solution to this issue. She said that she can provide the school with her account name but since she has made her tweets private, it doesn’t matter as they can look all they like but still won’t be able to see what’s inside.

Also read: Malaysians May Soon Need to Submit Social Media Profiles to Travel to US