Equal work for equal pay, that’s what most jobs claim to promise. And that is what most of the working public would want. But given the many of us who find it hard to catch up with the rising cost of living with our stagnant salaries, we will be glad to see that even happen. Haih.

But for V Kunasegaran, he has every right to want to raise his concerns about his salary. As reported by Free Malaysia Today, Kunasegaran has worked as the caretaker for the famous Sultan Abdul Samad clock tower prominently located on Dataran Merdeka for over 40 years. Tirelessly diligent and devoted to his work, he rarely took any days off throughout his tenure as caretaker and in some instances during days of national celebration, he would wake up at 3am to ensure that everything in the clock tower was working as smooth as… well, clockwork. Initially working with a team of 4 other caretakers, he eventually wound up working alone. Pun not intended.

Some nights, he wouldn’t even make the trip home and wind up sleeping in the clock tower itself. That’s true commitment to work. 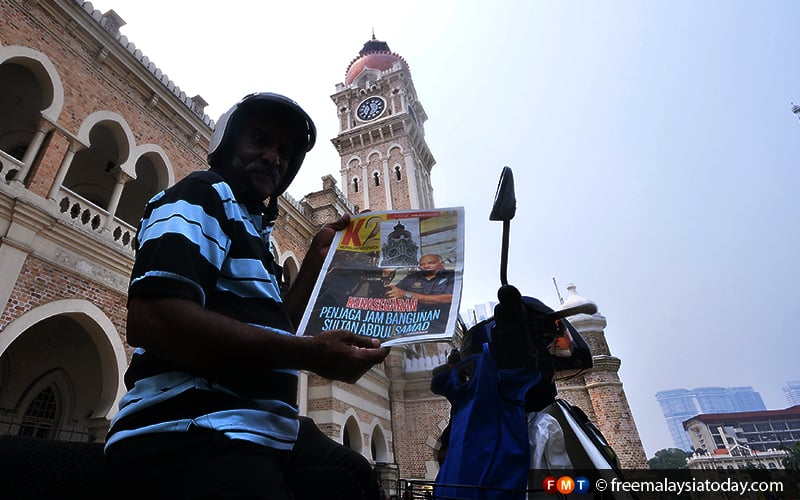 In return for his devotion to his duties, Kunasegaran was finally awarded a promotion, which entailed a salary increment of… RM10. Which was offered to him two weeks prior to his retirement.

Understandably, he wasn’t pleased with what he was offered and has lodged a complaint to the Department of Survey and Mapping Malaysia (Jupem), which is responsible for the iconic landmark. He said:

“Did my 42 years of service, where I took care of a national heritage, deserve only an increase of 80 sen a month? Even my grandchildren wouldn’t want it.” 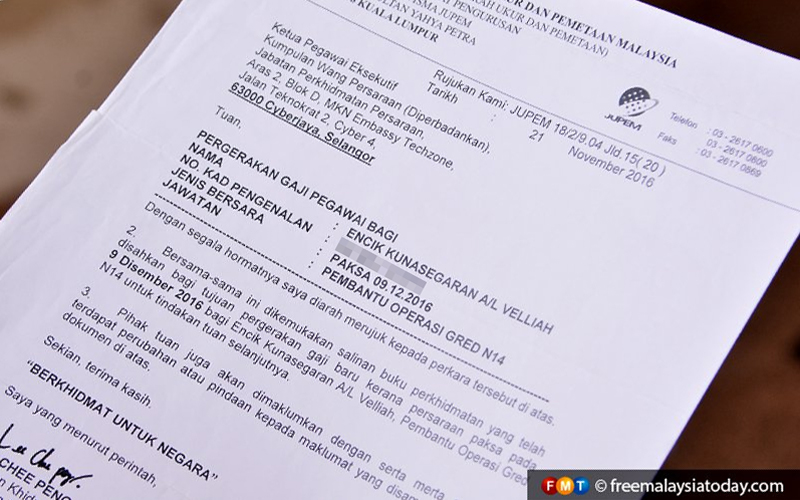 According to him, he was paid an initial sum of RM146 when he was hired as a caretaker in 1975. As of his last drawn salary three years ago, he was paid RM2,700. To add salt to the wound, all his peers were offered promotions earlier than him, and were offered up to RM90 in increments. He hasn’t even been able to afford a low-cost housing unit, despite his many years working for the government.

“I worked so hard for the nation and only ask for a little in return, but they can’t even give me that.” he said.

We truly hope that Mr Kunasegaran’s situation improves, and that he would be paid a fair amount for his many years of dutiful service to one of Malaysia’s most recognisable landmarks.