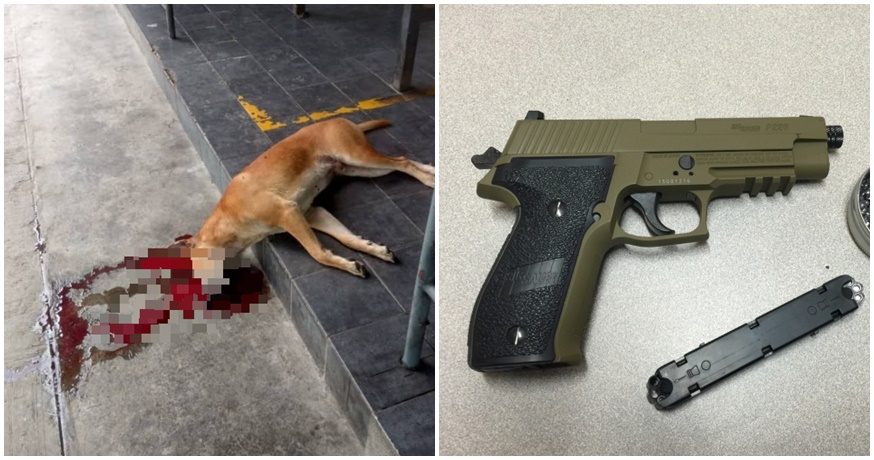 Recently, a case of animal abuse has sparked much outrage among the local community for the sheer violence that was inflicted upon otherwise defenseless animals. Over five stray dogs were found to have been brutally killed and left in pools of their own blood in Shah Alam last weekend.

The dead dogs were found by a 49-year-old housewife who would often make a 6km drive from her home to where over 15 dogs would usually gather so that she could feed them. She initially found 3 of the dead dogs herself, before a Bangladeshi worker nearby told her that there were 2 other carcasses. Each dog was left in a completely horrific state, with blood oozing out from their noses and ears. While initial investigations claimed that the dogs were allegedly poisoned to death, the even more cruel truth has now been revealed, according to Sin Chew Daily. Within only the span of a few days, police have managed to detain the suspect who had allegedly killed these dogs. As it turns out, speculation of the dogs having been shot to death can now be confirmed, as the man who was arrested admits to using a Sig Sauer P226 air gun to shoot these dogs to death.

Police found the air gun, a can of pressurised air, as well as five 4.55 mm Cal. 177 air gun pellets in the trunk of the suspect’s white Proton Saga BLM. The 40-year-old man was said to have committed the killings in retaliation after some of the dogs had bitten the legs of his two children. It is reported that the suspect works as a contractor from the township of Saujana Putra in Puchong. He will be detained until 1st November 2019 as investigations into the case continue.

We hope that the police will be able to get to the bottom of this case and bring justice to the dogs that have been so mercilessly slain.

Also read: 5 Dogs Allegedly Poisoned To Death In Shah Alam Found In Pools of Their Own Blood