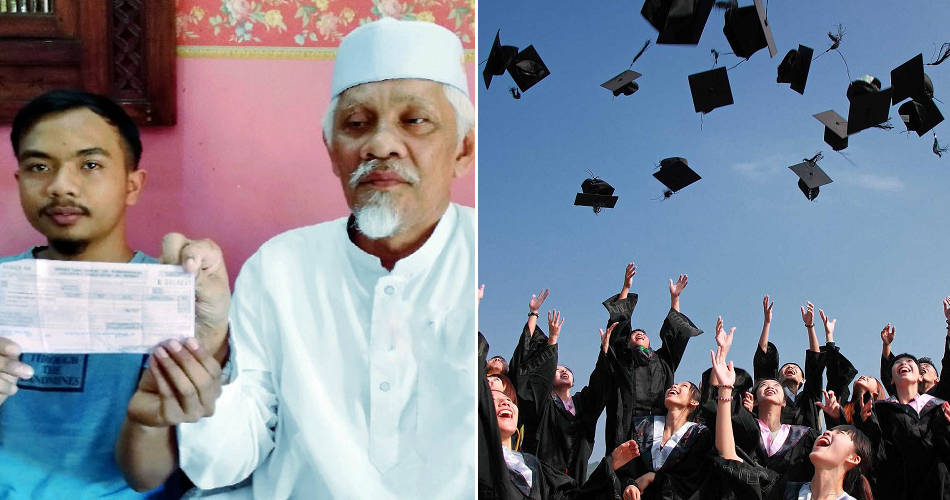 Recently, a final year student learnt that he couldn’t graduate because of a recent change in his college’s policies. Harian Metro wrote that the requirements to obtain a diploma from a Vocational College (VC) was suddenly altered when the boy was halfway through his studies, according to his parents.

It was reported that 12 students – including the boy – from Kolej Vokasional Bukit Katil, Melaka have been denied the rights to obtain a Diploma in Industrial Machinery in September 2018.

This is because, according to the new policy, these students are not eligible to get a vocational diploma and are only eligible for a vocational certificate – which is equivalent to the SPM (Sijil Pelajaran Malaysia) certificate. So, Md Yatim Jaafar, the boy’s father, said that the additional requirements have been quite troublesome to all the students. This is because the Ministry of Education’s decision to change policies after the students started their semester has caused a lot of confusion.

“We are not trying to defy the system, especially if it enables our son to obtain an MQA (Malaysian Qualification Agency) accredited certificate and a chance to land a job upon graduation.”

“We also admit that our son doesn’t excel academically but don’t hinder him from the possibility of getting a good job, especially since we have done everything accordingly.” Further commenting on the issue, Md Yatim added that the requirements changed when his son was already pursuing a vocational diploma there. He explained that the demand to obtain a credit in Bahasa Melayu (BM) (1104) was only implemented in January 2017.

Prior to this change, in 2014, one of the qualifications needed to obtain a vocational diploma was a mere pass in BM.

Therefore, he shared that the new policy should be applied to the new enrollments and not to students who have already started their course before its implementation, especially final year students like his son. Facing a similar predicament, another student’s mother, Siti Sabariah Md Irham said that the move has demotivated her from recommending the school to others.

“There were parents who gave up fighting for their children’s future because the Ministry of Education decided to suddenly change things up; it’s almost like our kids are lab rats for their newly introduced system.”

“Don’t ridicule the efforts of our children. If we knew this would happen, we could have sent them to normal schools then enrolled them in institutes that can teach them these skills,” she said. To make matters even worse, the students – who are affected by this policy change – don’t even have their name registered for their convocation although they have already paid for it. Pity them!

Isn’t this concerning? We can only imagine the plight of these students! Hopefully, their concerns will be quickly sorted out by the authorities and the students will be granted their diplomas.

Also read: Smart M’sian Student Gets Rejected by Public Universities Because Of This Small Mistake