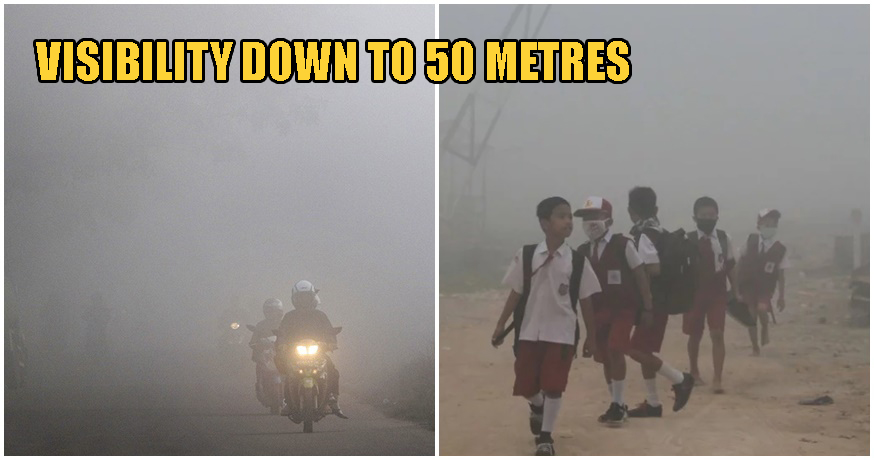 Bet you thought the worst of the haze is long over and gone, right? After all, there have been no regions in Malaysia or even in our neighbours that seem to have recorded any hazardous levels of air. Which only means that South East Asia can finally breathe properly again. Thank God. Well, think again because the haze is making a comeback with a vengeance in Indonesia, where some of the worst-hit regions during the haze period were located. Yup, you heard right, this isn’t a typo. The haze is back. According to reports by Malay Mail, Straits Times and The New Straits Times, the provincial capital of South Sumatera, Palembang, has recorded record-breaking Air Pollution Index (API) readings of over 921. That is by far and wide the worst ever API reading recorded in Palembang’s history!

If you don’t remember, API readings of over 500 are considered hazardous. So, you can do the math! That’s pretty severe! This comes after forest fires which had died down in the region seemingly have been started again, with over 700 hotspots being recorded in neighbouring regions close to Palembang. Visibility within the city has reportedly dropped to about only 50 metres, and schools have been ordered to close.

In fact, visibility has deteriorated so much in Palembang, flights at the Sultan Mahmud Badarudin II Airport, Palembang were either delayed or outright cancelled on Monday (14th October 2019). According to the head of Indonesia’s National Disaster Mitigation Agency’s Centre of Data, Information and Public Relations, Agus Wibowo, over 8,000 personnel have been deployed to affected areas to douse the fires and prevent the worsening of the haze.

For those of you living in the affected regions, please do take care of yourself and keep indoors at all times! We hope that the haze situation improves soon!

Also read: It’s Finally Raining in Sumatera & Kalimantan, Hotspots Reduced by Half to 1,740!