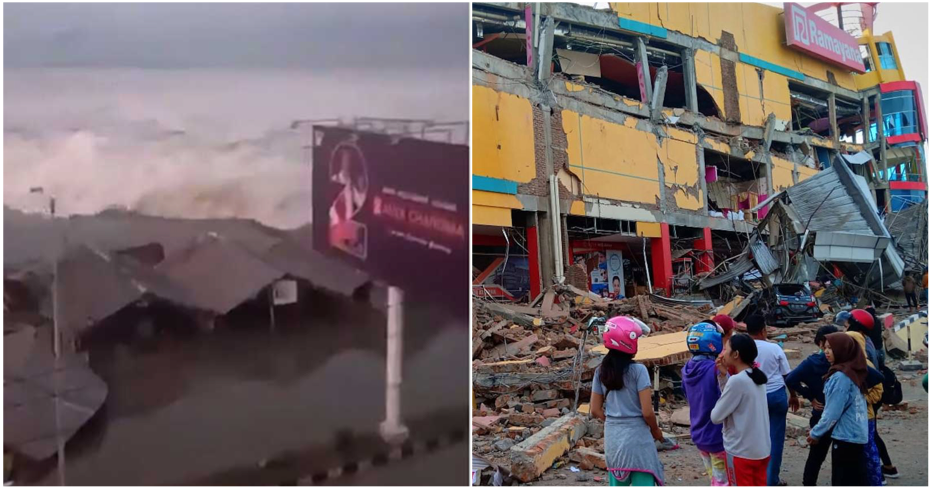 It happened on Friday (28 Sep), when a very powerful 7.5-magnitude earthquake hit Palu city, within the islands of Sulawesi, Indonesia. The world was left shocked after multiple videos surfaced of the tsunami crashing in to beach, slowly making its way in land, and then sweeping everything in its path.

At least 384 people are dead in Indonesia following a massive 7.5-magnitude quake that triggered a tsunami pic.twitter.com/L37vRb6gez

Dramatic video shows a man trying to warn people as a tsunami approaches the Indonesian city of Palu; at least 420 people killed pic.twitter.com/3JYOVrWC7A

1. Scientists did not expect the tsunami

As reported by National Geographic, scientists did not expect the tsunami, which has caused confusion when they sent out and retracted warning messages to the community. Alas it was suggested that the unusual disaster was caused by the unique geology of the area. Indonesian officials estimated that the height of the Tsunami waves were about 3-5 metres high. One video even showed the waves crashing over a building’s roof, before the building disappeared beneath the water. While 540 people were injured and 29 are still missing.

Currently, as reported by al Jazeera, the death toll at 384 and all of them are from Palu, the city that was struck by the tsunami. The number might increase as intensive SAR are being conducted at the moment.

The whole disaster started with a 6.1-magnitude quake which already caused one death. This was followed by 27 aftershocks which then led to the big 7.5-magnitude shallow quake, only 6 mile deep. But the island is still currently experiencing aftershocks, more than 150 at the moment. Badan Nasional Penanggulangan Bencana (BNPB), the natural disaster agency of Indonesia, has released a statement, explaining that the series of disasters have crippled the communications in the area as well as power outages, but they have seek assistance from the Indonesian army, with the search and rescue process. Apparently, Palu has experienced being hit by tsunamis before; one in 1927 and the other in 1968. However, the latest one did the most devastation on the area.

All of us here pray for the safety of those who have been effected by the earthquake and tsunami that hit the Sulawesi Islands. Hopefully those who survived are given enough help in order to rebuild their lives after experiencing such horrible disasters.

Also read: 30yo M’sian Successfully Climbed A Volcano Hours Before Getting Killed in Indonesian Earthquake