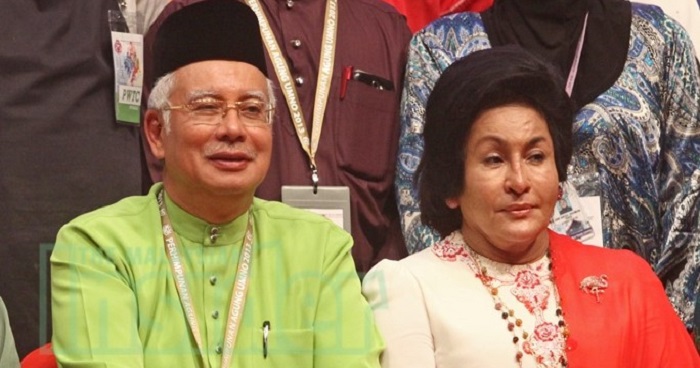 In a report by Malaysiakini, it was revealed that the Negeri Sembilan palace has stripped former prime minister Najib Tun Razak and his wife Rosmah Mansor of their titles that carried the “Datuk Seri” honorific with immediate effect. This was reportedly announced by an official of the federal protocol registry. So, what does this mean? Well, according to the Malay Mail, the former prime minister and his wife still have a number of titles from other states, so they can still be addressed with “Datuk Seri”.

While Najib still has his titles from all Malaysian states except Negeri Sembilan now, Rosmah still has her titles awarded by Kedah, Kelantan, Melaka, Pahang, Sabah, Sarawak, and Selangor. She can also be referred to as “Datin Seri” as she is the wife of a Datukship recipient.

Earlier this morning (26th October), Rosmah arrived at the Anti-money Laundering and Anti-terrorism Financing Prevention (AMLATFA) division headquarters at Menara KPJ along with her sons, Riza Aziz and Mohd Norashman Najib, for questioning. This is part of investigations in relation to the 1Malaysia Development Berhad (1MDB) scandal. Both have pleaded not guilty, while bail has been set at RM1 million each, requiring them to surrender their diplomatic passports.

What are your thoughts on this latest development? Let us know in the comments below.