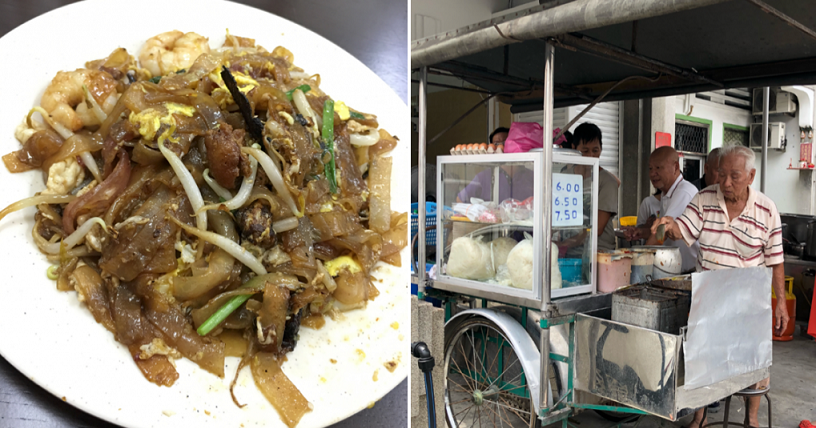 Oh uncle, last month, we were saddened by the news of your retirement. Sobs. However, for all the happiness you that have given to us through your Char Kuey Teow, you deserve some rest.

When all seems lost, you gave us hope again! Yes, you are back! The Siam Road Char Kuey Teow is open for business again – this time he has his very own store! The new place, now known as Siam Road Char Kuey Teow, is located opposite the previous spot where Uncle Tan used to wok his magic, serving his femes Char Kuey Teow to the endless line of customers.

For those who are still wondering if uncle’s plate of flat noodle is really that popular, don’t play play ah. The charcoal fried Char Kuey Teow was ranked 14th in the Top 50 World Street Food Masters Awards in 2017. Uncle Tan is so popular but his style remains the same, and so are the exquisite flavours of his Char Kuey Teow. Wah, got nice seating some more!

The new shop is located at No. 82, Siam Road, George Town Penang and uncle will be there from 12pm to 7pm but the shop is closed on Sunday. Take note ya?

So drop everything, and go makan now! Before the queue starts again.

Also read: This Penang Char Kuey Teow Uncle is So Famous He’s Almost Like a Celebrity