Thai national Komol Panyasophonlert, 31, ranks third best in the world and has memorized a staggering 90% of the entire English language but what’s truly amazing is that he can barely speak English and struggles to string a sentence together!

Komol can only utter a handful of words in broken English and heavily depends on Google Translate in order to string a sentence together for written communication.

‘Scrabble isn’t really about speaking fluently and knowing grammar. It’s more about logic, memory, maths and being able to outsmart your opponent.’ he told The Daily Mail.

‘People are surprised that I can’t speak English but being able to remember words is the most important thing.’ 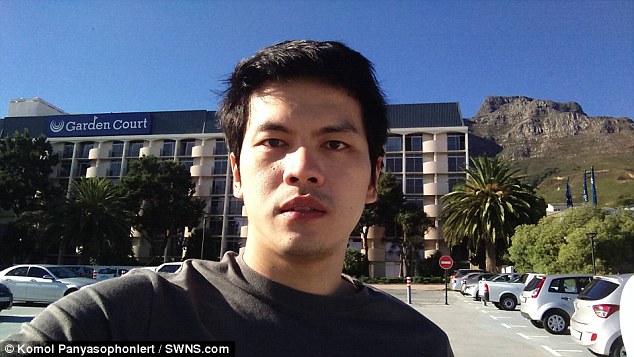 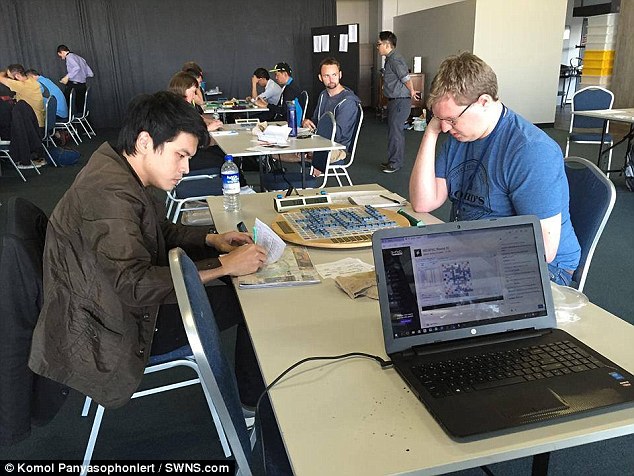 Amazingly, a tatty handbook he found lying around his house when he was just 14 has laid the groundwork for this Scrabble player. He adds that he trains by reading the dictionary for up to six hours a day.

For a guy who has earned more than £30,000 in prize money in competitions worldwide, that’s pretty damn impressive.

‘I’ve also learned the techniques of the game along the way. So now I know enough to play it very well.

‘Plus, I train hard. Before competitions I spend all my free time reading the dictionary. In bed, in the bathroom, on the train – nearly every waking moment.’ 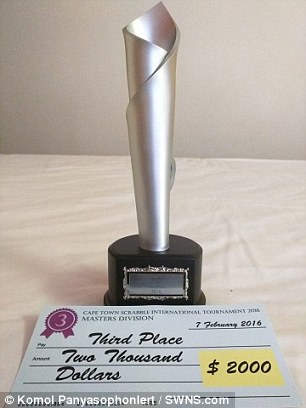 His flair for scrabble has brought the computer programmer who calls Bangkok home to countries like the U.S, Czech Republic, South Africa, Poland, Nigeria, Malaysia (!!!) and India.

Many of Komol’s opponents are his senior, and he believes that he still has yet to reach his peak, giving him a bigger advantage as he grows to improve over time. 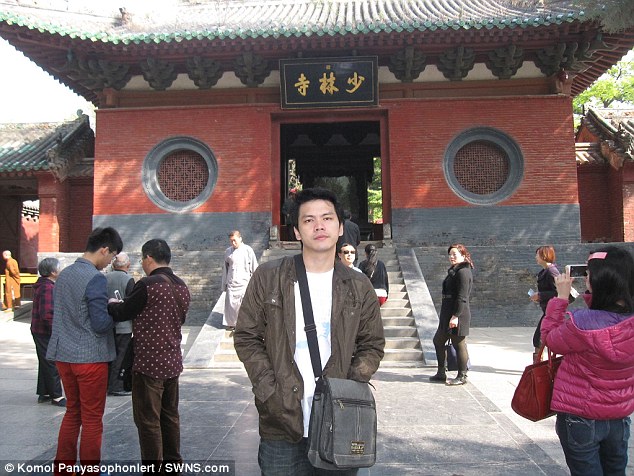 ‘Furthermore, this game challenges me in many kinds of ways. Like how many words I know in the dictionary, how well you can manage to play your tiles to get you the most advantage in each turn.

‘Plus, there’s the challenge of outscoring the opponent. It all requires a lots of skill like thinking, calculating, memorizing and concentration. That’s why it’s so challenging and why so many people like to play.’

Komol is ranked third in the world by WESPA, the World English-Language Scrabble Players Association, following closely behind an Australian and a New Zealander.

‘I love travelling to the international tournaments. And it’s great having a hobby that I can have fun with and make money from.

‘I will keep going until I reach my dream of being the world number one.’