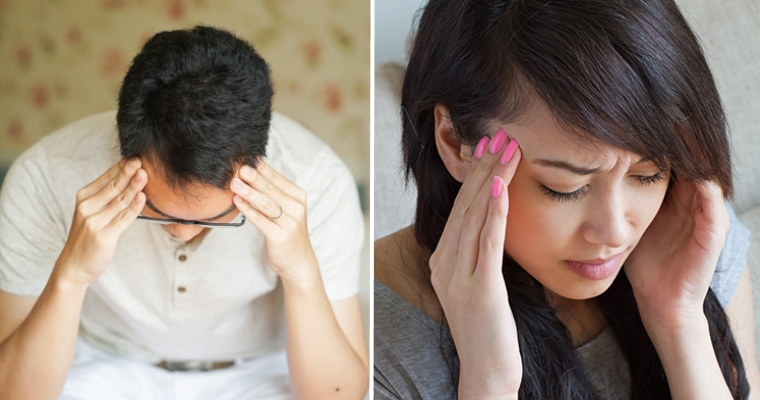 This year saw two prominent celebrities pass away, Riverdale star 52-year-old Luke Perry and son of Popiah King tycoon 43-year-old Ben Goi, both of whom died from massive strokes earlier in 2019. Their passings have since brought the cardiovascular disease back to the forefront of media attention, raising awareness about this silent killer.

Strokes happen when the blood supply to the brain is stemmed by blocked or burst arteries, which stop oxygen and nutrients from reaching the brain. Within minutes, brain cells begin to die and can lead to permanent brain damage. However, most people feel that stroke is an “old man’s disease”. That’s not entirely true though because doctors have reported seeing a rise in younger stroke patients, with some of them even below the age of 40, reports The Straits Times.

Although it’s been shown that strokes do not discriminate age, young people usually don’t feel like they’re at risk of stroke. This can lead to some dangerously apathetic attitudes.

A recent survey conducted by Nanyang Technological University of 400 youths aged 25 to 34 found that 57 per cent of young adults think they won’t get strokes because they’re young, and even more worryingly, 66 per cent of that group were unable to list any symptoms of stroke. Meanwhile, the number of stroke patients in their 30s, though still relatively small, has been rising.

Associate consultant at the Department of Neurology at the National Neuroscience Institute Dr Shekhawat Ravindra Singh has said that the rising rates of younger stroke victims below 60 are reflections of poor lifestyle choices like smoking, poor diets, and obesity. He added that smoking, in particular, is a major risk factor for stroke and that one can eliminate to non-smoker levels after quitting for 5 years.

Dr Ravindra also noted that hereditary conditions and genetic disorders may increase risk or even cause strokes. So it’d be wise for everybody to get informed and be aware of such risk factors and get educated regarding strokes. Dr Seemant Chaturvedi, a neurologist at Wayne State has warned, “Symptoms that appear suddenly, even if they seem trivial, warrant a meticulous work-up… Patients should be aware of the risk of stroke regardless of their age.”

Another report by the New York Times quotes Dr Chaturvedi, “Only 20% to 30% of patients get to the emergency room within three hours of symptom onset. They tend to wait to see if the symptoms will go away spontaneously, and they show up in the E.R. 12 to 24 hours later.” Given that the most effective treatments for stroke have to be administered within four and a half hours, that can be catastrophic.

After 48 to 72 hours, there are no treatments to improve stroke outcomes.

Unlike heart attacks, most strokes are painless, so people should be able to proactively identify strokes as soon as possible even if symptoms dissipate. It should further be noted that CT scans don’t show strokes well in the first 24 hours so getting an MRI scan and neurologist consultation is recommended if diagnoses are uncertain.

As the distinguishing characteristic of stroke symptoms are their swiftness, the sudden appearance of any of the symptoms below should warrant rushing to the hospital ASAP.

If you suspect you or anybody you know may be suffering a stroke, remember that it’s better to be safe than sorry.

How scary! Who knew stroke could strike young people even in their 30s and below? So, remember that when it comes to health, early detection is key to effective treatment!

Also read: M’sian Lady Shares How Her Nightlife Caused Her to Get a Stroke & Paralysed Face in Her 20s