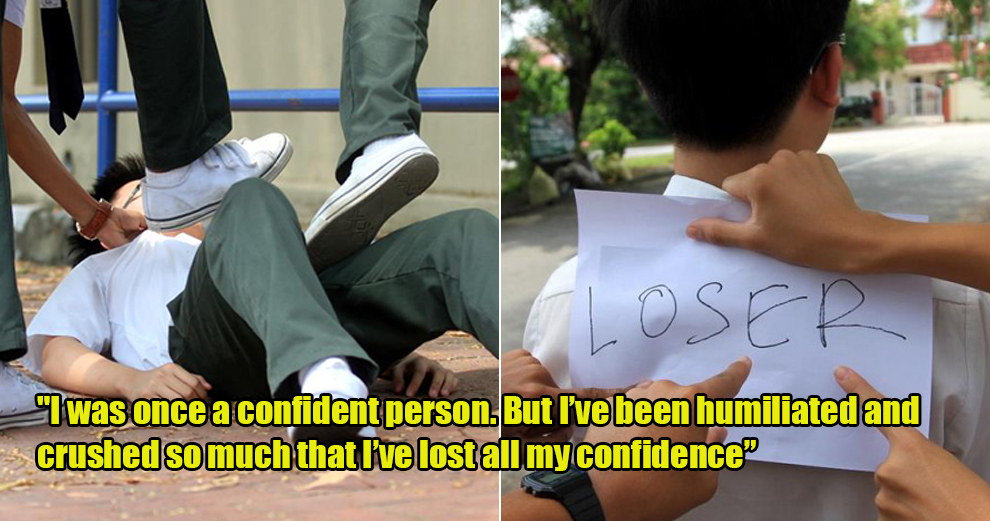 This news is certainly no way to commemorate World Children’s Day that falls on 20 November.

According to The Star, bullying is so widespread amongst children in Malaysia that a recent nationwide survey found that 8 out of 10 Malaysian children have encountered bullying in their respective schools! In fact, 64% of the 2,000 children below the age of 18 surveyed confided that they have participated or possibly participated in acts of bullying, as reported by FMT.

The Children4Change survey, conducted by the Kindness Project – a collaborative effort by the Ministry of Education, WOMEN:girls and UNICEF – also made a few other worrying discoveries regarding bullying in Malaysia. Among them are: If you think these stats – which only tell half the story – are worrying enough, wait till you hear the comments from the respondents. The survey shared a few comments made by the respondents in regards to their experience of being bullied. One male teenager in Selangor claimed to have witnessed “someone being told to kill themselves because they suck”. What?!

Here are a few other shocking comments that were shared:

“I was once a confident person. But I’ve been humiliated and crushed so much that I’ve lost all my confidence,” said one teenage boy.

“I want to help but was afraid that I would become the bully’s next victim,” said a girl from Kedah.

“Sexual images had been taken of me without my consent,” revealed a 16-year-old respondent. In a statement following the unveiling of the survey results, UNICEF representative to Malaysia Marianne Clark-Hattingh said,

“We tend to underestimate the impact of bullying on children and to belittle its effects. In doing so, we discourage children from speaking up, be they victim or bystander.”

She subsequently urged Malaysians to stop discouraging children from speaking up as it will make them more vulnerable to violence and its consequences. She further added that,

“It is essential that children feel safe to report cases, have confidence that appropriate action will be taken to address bullying and support given to the victims.” FYI, the Children4Change Survey was carried out by the Kindness Project in order to:

When asked what would make them feel safe from being bullied, 70% of the children surveyed agreed that a national law against bullying was necessary. Others called for an anti-bullying policy in schools in addition to awareness and educational programmes regarding the matter.

What do you think? What is the best way to curb the act of bullying amongst Malaysian children? Share with us your thoughts in the comment section!