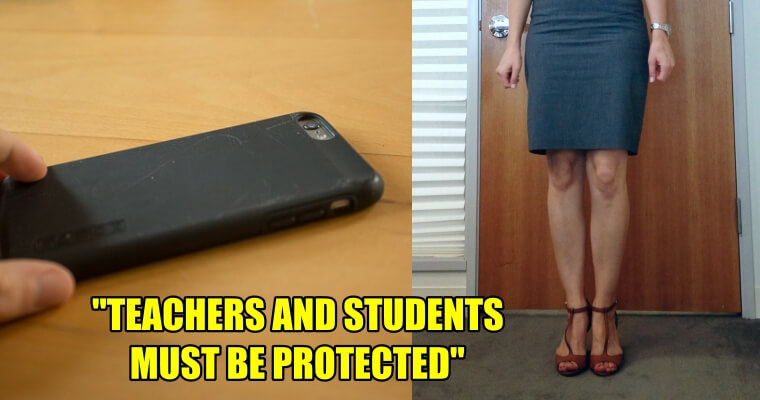 Most teachers are delighted to have students raise their hands and ask questions, but who knew this student took advantage of this?

A 17-year-old student in Singapore pretended to raise his hand to ask questions in order to lure two teachers who were both 47-year-old to do something despicable.

When the Math and Chinese language teachers to come to his seat, he took the opportunity to take up-skirt photos and videos of them using his mobile phone placed face down on his bag on the floor.

Photo for illustrative purposes only. Sinchew

It started with him taking photos of their thighs and faces, and eventually, a 26-second up-skirt video of his Chinese language teacher.

This series of up-skirt photos and videos were exposed when his phone was investigated by police for an unrelated incident, according to SinChew. They found it wasn’t only photos of teachers but students as well!

One of the photos was of a female student who was sleeping girl on the school bus, as well as his sister’s friend who spent a night at their home! He also set up his phone in the bathroom to record naked videos of her while she was showering.

Reports stated that on 8 May, he admitted to 13 offences while he was waiting to be enlisted in the National Service. Three of his offences include possessing lewd photos and videos online, threatening others, as well as disrespecting women. His sentencing will be announced on 15 May.

The judge mentioned that the 17-year-old student must be punished so that teachers and students would be protected against such behaviours.

It’s utterly disrespectful to do that to the teachers and female students. And we wish for safety and security of everyone, regardless of gender.