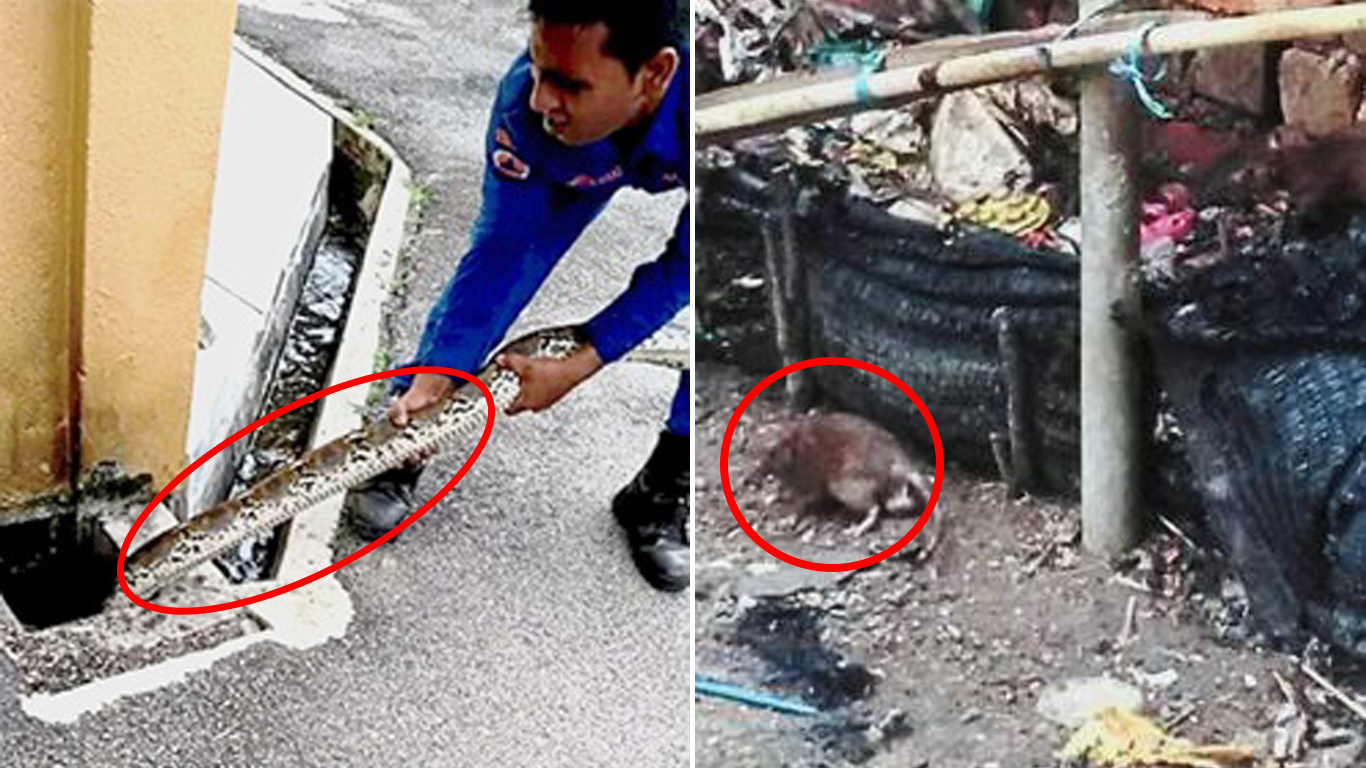 Following the horrific incident at Raj’s Banana Leaf, it seems like the pests and rodents have infested places other than restaurants as well.

The Selangor and Federal Territory Association for the Mentally Handicapped (SAMH) school at Wisma Harapan, has been overwhelmed with rat infestations and unwanted visits from snakes at their premises. The special needs education centre in Brickfields, Kuala Lumpur are now at a dead-end not knowing what to do.

They have been contacting Kuala Lumpur City Hall (DBKL) and complaining about the inconveniences caused by the recycling centre and rubbish heap next to the premise since 2010, but no action has been taken against it, reported The Star.

V. Krishnaveni, the manager, said that for the past eight years, a recycling centre operating from the side lane has been the main reason for the rodent infestation, together with a waste dumping area behind the building. “Every time we complain to DBKL, cleaning contractors will be sent to clean up the area but it is back to its usual dirty state in a few days. There was never a permanent solution. There are bins placed at the waste dumping area but they are not well managed. The bins are always open, often overflowing and rubbish strewn on the ground. It attracts pests,” she said.

“The piles of recyclables from the roadside recycling centre such as cardboard boxes and scrap metal are stacked on top of each other, creating more places for rats to breed in.” Krishaveni added that in 2016, they had to set up a black net on their walls and fences to block the view because the sight and smell from the back and side lanes were unbearable.

“However, the rats started breeding inside the nets and made holes in the walls too. Realising this, we removed the nets two months ago. Now the rats are roaming everywhere, as they have lost a place to hide.”

“To make matters worse, we have caught three snakes in our schools since December last year (2017). We never had such problems before. We installed wire mesh to cover the holes in the drains to prevent snakes from coming into our compound but the snakes can still enter through our service pipes,” she said. Omg! “We wanted to build a 3m-high wall to block off the back and side lanes, but the cost was estimated at RM120,000. Due to lack of funds, we have plastered the walls as a temporary measure.” Dharshini Ganesan, parent of a student at Wisma Harapan and former SAMH exco member, said that the management and parents are concerned about the safety of the staff and students.

“We no longer let the children play in the outdoor open space for fear of snakes. We teach children with many different disabilities here, some as young as three years old. Some may not know the danger of snakes, so we cannot take the risk,” she said.

“The waiting area for parents and guardians face the back lane. The smell from the rubbish is unbearable sometimes and gets worse when it rains. The area is also used by some parents to feed their children during break time.”

“We also prepare food in our kitchen. It is a great concern for us to cook here with a rat infestation just outside our back door.”

Dharshini then added that she is worried about the rat infestation problem as they have a fundraising fun fair coming up on August 4. They are expecting at least 500 people where a lot of food and drinks will be served.

She said that SAMH were denied an annual government grant for their operations for two years now, and the cost of running the three schools is more than RM2 million a year.

“The school needs to portray a good image to get donors and corporate sponsors to fund its operations. Wisma Harapan has 150 students and the fees are three times lower than our operational cost. We also have poor students who are studying for free,” she said.

“SAMH is already struggling financially to manage the schools and cannot afford lawsuits in case any mishap happens on the school ground.” He said that they were meant for domestic waste from the businesses and residents in the surrounding area, but have been misused by other parties carrying out businesses without approval from the authorities.

“We are aware of the problem and have issued three notices to the recycling centre operating near the school in the past with the last notice issued late last year. With each notice issued, we confiscated all their trading items and dismantled temporary structures used for their business. However, they would resume operations after a couple of weeks,” he said.

So many places are unclean and have been infested with rats! We hope DBKL will take swift action soon as we don’t want any disease spreading around.