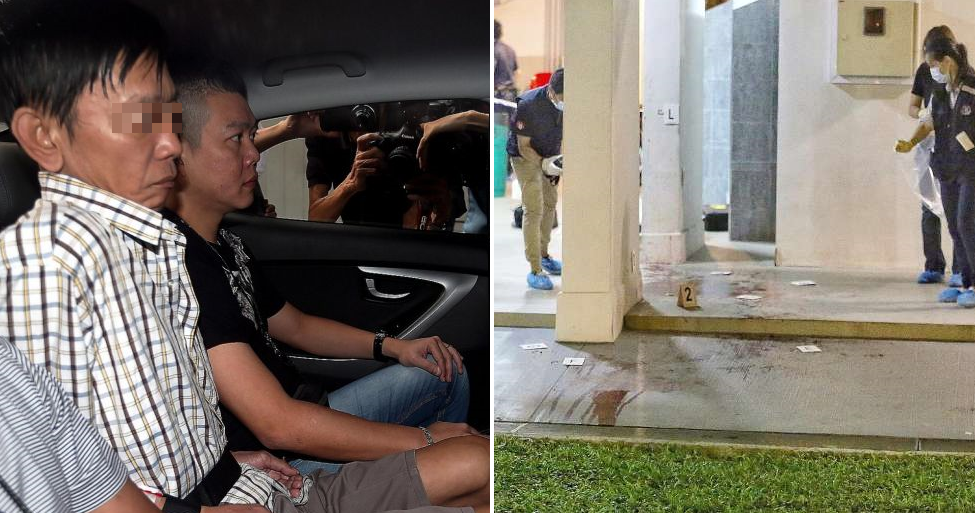 Getting into a heated dispute can lead to fatal consequences, just like this coffee shop assistant who killed a customer because of an argument over the “self-service” policy practiced by the eatery. Wait, what?

Apparently the incident that took place on February 24 last year at Hougang Avenue 3 resulted in the death of 37-year-old Ang Kim Keat. According to Straits Times, 51-year-old Khor Tzoong Meng who worked at the Hougang Avenue 3 coffee shop was off duty and drinking beer alone at the restaurant when the deceased, Ang appeared at the restaurant at around 2am. After getting food, Ang ordered a soft drink and requested for it to be sent to his table.

The assistants informed him that he needed to collect it himself as they had a “self-service” policy after 11pm. This caused Ang to get upset and he shouted at Teo Choong Meng, another assistant who told him the same thing. The angry Ang then finished his food and showed his displeasure by smashing the plate on the floor and toppling his chair before demanding an explanation from Teo. In response, Teo pointed to a nearby sign, which clearly stated the “self-service” policy and the disgruntled Ang walked off, but before that, he even shouted profanities at Khor and later accused him of staring at him.

Khor apologised and told his colleague, Teo that he wanted to follow Ang and explain the policy to him. Teo tried to placate him but Khor ignored his advice and took a cleaver along to confront Ang. He found Ang near the lifts and they had an argument. The verbal row quickly turned physical as Ang made the first move and punched him in the right eye. Khor retaliated by pulling out his cleaver and slashing him in the neck, which resulted in a gaping 20cm-long wound.

He nonchalantly cleaned his bloody cleaver on the grass and washed it at the coffee shop before returning it. He continued drinking but told Teo that he was “in great trouble”.

A passerby notified the police who sent the victim to the hospital for treatment but unfortunately, Ang succumbed to his injuries and died at the hospital. Just yesterday, Khor was sentenced to eight years in jail after he entered a plea of guilty to culpable homicide.

Hopefully this will serve as a lesson to everyone as there’s absolutely no reason to act violently in such circumstances! Keep calm, folks!