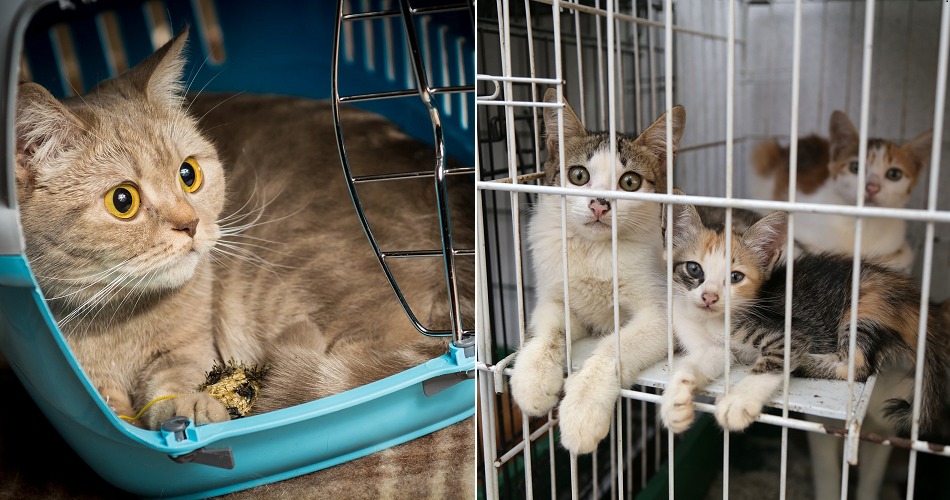 If you have a pet cat that loves the outdoors, take note!

On Wednesday, scientists advised pet owners to keep their cats indoors because allowing them to go outdoors will increase the possibility of an infection, reported NST. Yikes!

According to their report in the Royal Society journal Biology Letters, pet cats that wander outdoors often are nearly three times more likely to be infected with pathogens or parasites than those which stay indoors. On top off that, the authors also cautioned that cats can transmit the above-mentioned viruses to humans too.

They then added that cats which live far from the equator are more likely to be burdened by viruses or bugs if they are constantly exposed to the outdoors. Lead author Kayleigh Chalkowski who is a researcher at the School of Forestry and Wildlife Sciences at Auburn University, Alabama was quoted as saying,

“Each degree in absolute latitude increased infection likelihood by four per cent. You think of tropical regions as just having more wildlife, more parasites.”

“But it turned out that latitude had the opposite effect.”

Before they came up with the final outcome, Chalkowski and her colleagues looked through about two dozens of past studies whereby they made comparisons on the regularity of the diseases contracted by pet cats when they are allowed outdoors or indoors. After that, they looked at 19 different cat pathogens (aka viruses) in over 12 countries. Some of the countries are mentioned below:

“This is the first time outdoor access as a risk factor for infection in cats has been quantified across a wide range of geographic locales and types of pathogens.” It was revealed that the effects were quite consistent for nearly every disease regardless of the way of transmission – which could be via soil, other cats or prey animals. Some of the diseases which affect humans too are as follows:

Therefore, Chalkowski recommended that it’s best to keep domesticated felines indoors as it will prevent them from bringing infectious diseases that could jeopardise the cats’ health as well as ours. She finally added that many pathogens which cats carry can actually spread to us, humans. Oh no!

What do you think about this study? Will you follow Chalkowski’s advice and keep your pet cat(s) indoors? Share your thoughts in the comments below!

Also read: Did You Know You Can Get Fined Up to RM100,000 For Abandoning Your Pets?