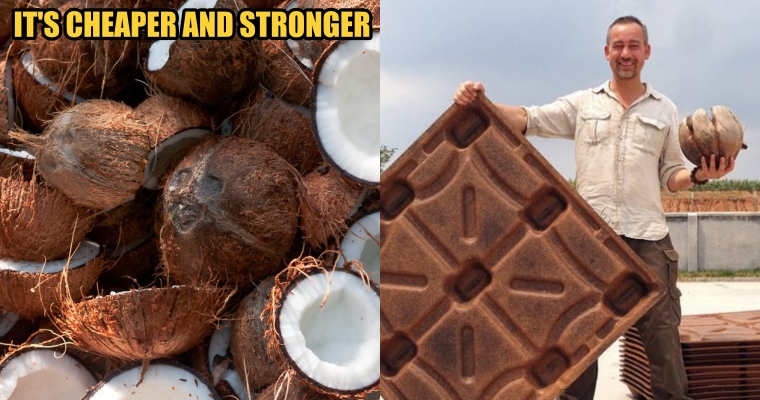 Headlines about climate crises have swept across the globe, urging earthlings to slow down the on-going destruction of mother nature. But those calls have fallen on deaf ears since 15.3 billion of trees were being chopped down clean JUST for the process of manufacturing. Source: Science Over Everything

According to the founder, Michiel Vos, Asia produces more than a billion pallets every year. The making of pallets requires softwood, which can’t be found in tropical forests. Thus, the woods are imported from Canada, New Zealand and Eastern Europe.

Forests had been destroyed and their remains shipped to Asia just to make pallets and manufacture products which are then sent back to America or Europe. Imagine the unnecessary amount of resources that are being consumed in this process!

With the creation of coconut husk pallets, the abundant coconut wastes in Asia can be put into excellent use, according to Educate Inspire Change Org. Not only are coconut husk pallets stronger, lighter, space-saving, but they are also fire resistant! These recycled wonders are also cheaper and way more sustainable. Kudos to these men who are making a massive effort in combating the climate crisis and saving the Earth.