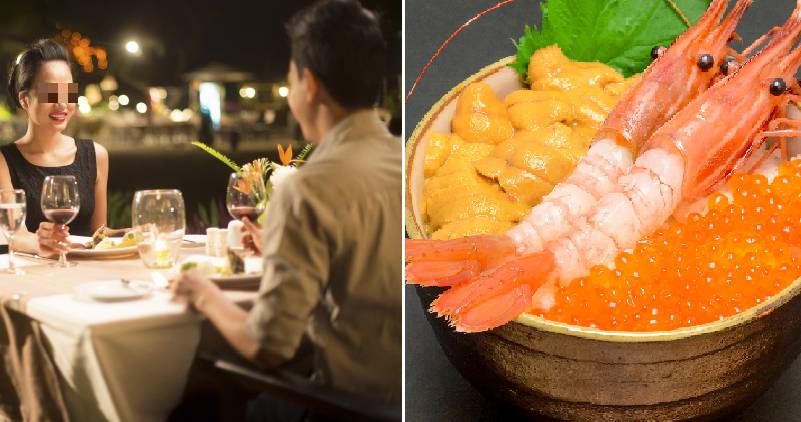 If you are single and looking for a partner, then chances are sometimes you have well-meaning friends who will try to set you up for blind dates or match make you with someone they know. This was just what this friend in China wanted to do for his friends but unfortunately, no love blossomed on this particular match. According to Chinapress, the man had a tall, pretty and fair female colleague who was 31 years old which he wanted to match make with his childhood friend, who had migrated to USA when he was just a teenager and has a house in California. So, the potential couple exchanged contacts and after the guy came back from the US, they went on their first date. The guy asked the female colleague to choose the location for their date and told her, “Choose any place you like, it’s my treat. You don’t have to be thrifty on my behalf.”

The matchmaker friend then described the situation, “They went to a Chinese seafood restaurant, where the girl ordered 10 pieces of shrimp sashimi which cost RMB298 (RM188) per piece, one geoduck which cost more than RMB1,000 (RM633), two bowls of bird’s nest and a few other side dishes.” “My guy friend said that he told the girl, ‘Perhaps two shrimp sashimi is enough?’ and the girl said that one piece was one mouthful, hence two is not enough. That was when he decided to leave, and he stood up and left after the girl had finished ordering the food.”

The whole meal cost RMB4,879 (RM3,090) which the female colleague had to pay. OMG, that is one expensive date! She tried to contact the guy after that to ask him to pay half the bill but he had already blocked her! She turned to her colleague aka matchmaker for help and that’s when the he found out about the disastrous date. His friend said, “I had actually planned to treat her to a meal that cost RMB2,000 (RM1,266) but she obviously just didn’t care and chose the most expensive items on the menu. She wants to take advantage of me, so I did the same to her!”

However, he did feel guilty after that and gave the matchmaker friend RMB2,000 (RM1,266) to return to the female colleague. However, this amount wasn’t enough for her, as she said that there were a lot of leftover food which she was forced to take home.

In fact, she even told him that she would give him all the leftover food as long as he paid another RMB2,000 (RM1,266) as she did not have enough money to pay her rent and daily expenses. Chinapress also reports that she continued to pester her colleague to get the remaining money and even cried but he got fed up with her antics and couldn’t be bothered.

Well, that was certainly a date to remember! What do you think of this situation?