A primary school student who’s in Standard 2 was hurt on his tongue after he was bullied by three students a year older than him.

According to his mother, Nurul Alif Alias, she said that the school informed her that her son was hurt because he had been playing with the scissors.

“I suddenly get a call from the school saying that my child was playing with the scissors till he accidentally cut his tongue. Does the teacher think I’m stupid? Don’t tell me that a Standard 2 kid would cut his own tongue?” the mother said.

After asking her son about what happened to him, only did she find out the truth. Her son revealed that bullies were involved and he was forced to hurt himself. 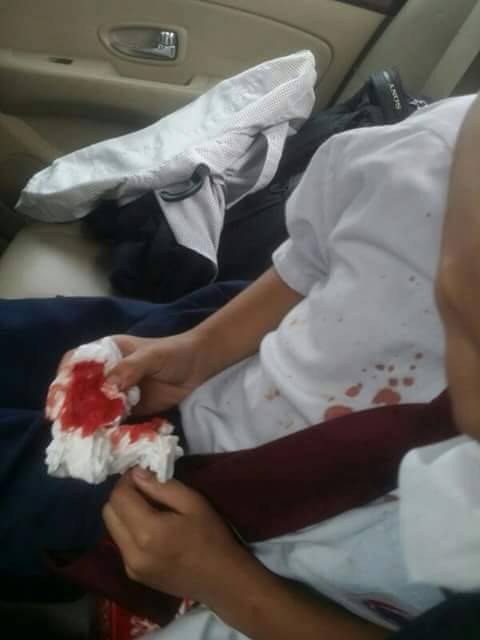 The furious mother made a police report in Balai Polis Klang Selatan appoximately around 2.30pm.

“I was informed by the school that my son’s tongue was hurt because it was accidentally cut. I straightaway rushed to school, and along with the school staffs, we brought my son to get treated in Hospital Ampuan Rahiman Klang.”

“When I was in the hospital, my son told my everything. That he was forced by five Standard 3 students to cut his own tongue. If he doesn’t, he’ll be beaten up badly.”

“In absolute fear, my son cut his own tongue until a little of the tip is gone and it’s bleeding heavily.”

It was not mentioned as to why the school told the mother a different story to the actual truth.

The boy did not sustain any other injuries other from his tongue and was reported to be alright.