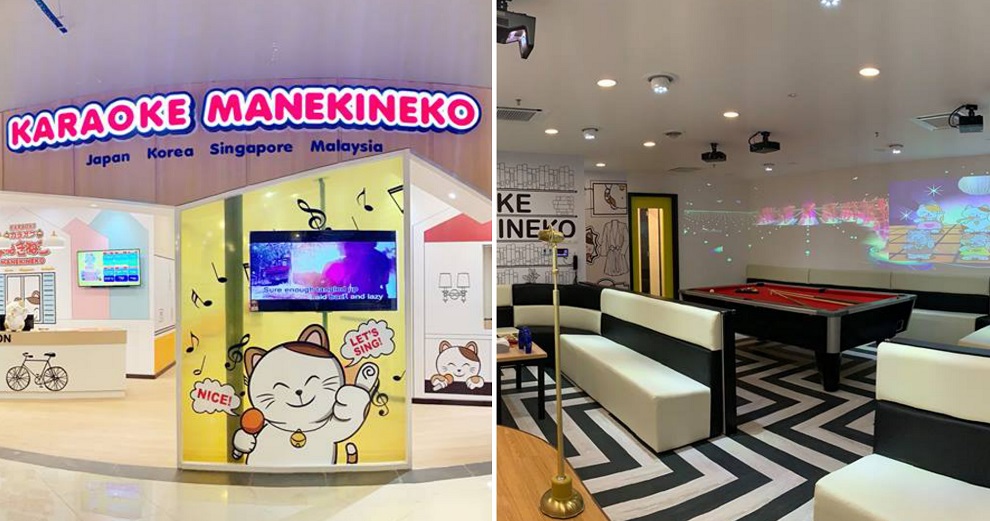 Everyone loves a good karaoke session and if you’re big on belting your heart out no matter the time, you’d be pleased to know that Japan’s biggest karaoke chain has already opened its first Malaysian outlet right here in KL!

Karaoke Manekineko, which has 520 outlets in Japan and branches in Singapore and Korea, recently opened in EkoCheras Mall and karaoke fans everywhere are understandably excited about this. Here are some of the things you can expect from this brand new karaoke branch!

1. Opening hours are from 11am until late daily If you’re up for a karaoke session any time of the day, then Karaoke Manekineko is definitely the place for you because it’s open until the wee hours of the morning!

The manager of Manekineko EkoCheras recently told Malay Mail, “This is our first outlet in Malaysia, and we will give 100 per cent to make Karaoke Manekineko a famous name in Malaysia.”

2. There are a whopping 30 karaoke rooms, including 2 VIP lounges

Hiroshi Koshidaka, the CEO of Koshidaka Holdings Co (owners of Karaoke Manekineko), revealed that the karaoke rooms in the Malaysian outlet are actually bigger than the ones in Japan. He told the Malay Mail,

“In Japan, the average group size is 2.8 people, so we have made the rooms bigger to accommodate the bigger groups coming to karaoke in Malaysia.” The entire outlet is made up of 30 karaoke rooms, 2 of which are VIP lounges that can accommodate up to 30 people. Plus, these VIP rooms even have pool tables! Sounds like a good place for a party, if you ask us! Manekineko has a pretty extensive music library to boot, with over 180,000 songs in English, Malay, Japanese, Korean, Mandarin, Hokkien, and Cantonese, just to name a few.

3. Manekineko has pretty reasonable rates from as low as RM10/pax

The karaoke chain has also stated that they did their best to make the rates for customers as reasonable as possible, and promise to go above and beyond to serve their customers. Check out the standard rates below! 4. You can also satisfy your Japanese food cravings here

If you feel like eating a good bowl or ramen or snacking on some gyoza, Karaoke Manekineko also serves up a good spread of Japanese food and drinks to boot! So, looks like everyone’s weekend plans are sorted! For more information, be sure to check out Karaoke Manekineko Malaysia’s official Facebook page. Here’s where their outlet is located: