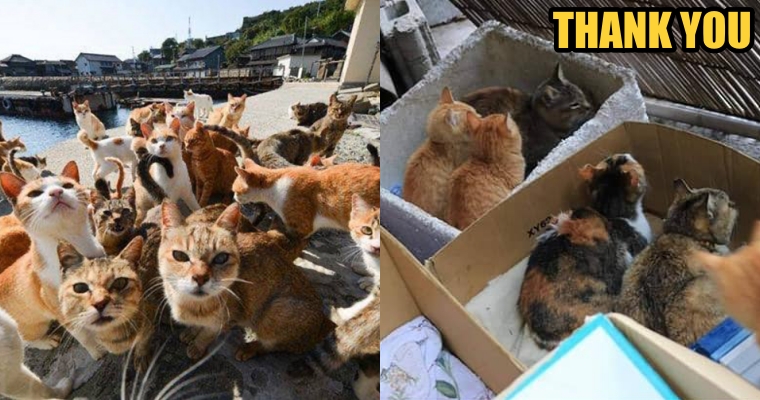 With the news of Hagibis typhoon — the worst storm in 60 years hitting Japan yesterday (12 October), we were worried about the cats that reside on Okishima, the famous cat island.

Fortunately, netizens updated that the cats are being relocated to a safe place for a couple of days while the storms take place! It seemed like the Japanese government had taken safety measures for the cats, and they are being looked after for the time being. Photos of the relocation progress appeared after people began sharing about the rescue. Thanks to a compilation made on this Facebook post, many netizens were able to breathe a sigh of relief seeing that the cats weren’t neglected.

Apparently, the residents on the island also prepared places for the cats to stay temporarily. Look at how adorable they look in those boxes! We’re glad that the Japanese netizens had also given the internet a much-needed update on the cats, reassuring us that the cats are in good hands.

We’re happy to hear about this piece of good news, at least the cats won’t be risking their lives these few days!

Also read: Worst Storm In Japanese History Will Hit Okishima, an Island Inhabited Only by Cats