Everyone in Malaysia is currently in a state of confusion over the political discourse happening. This has even led to certain groups of people getting angry and frustrated which has led to rumours that there will be a planned protest coming soon.

In fact, the police department said they are currently ready for a protest that is expected to be held near Dataran Merdeka tonight (February 25) at 8.30 pm. 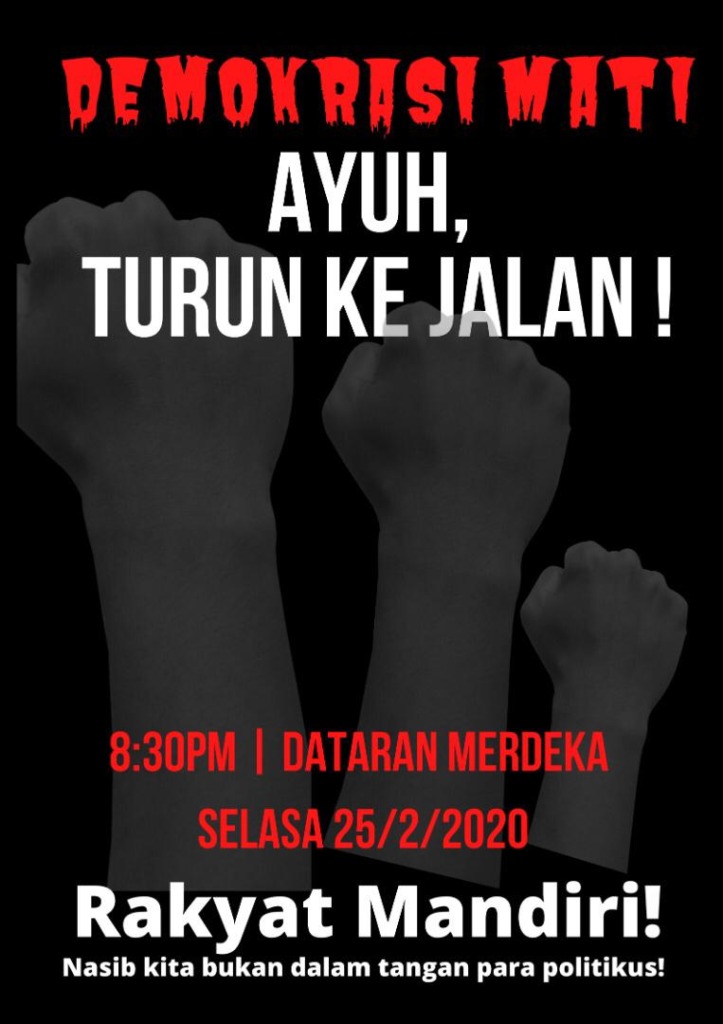 The demonstration is called ‘Demokrasi Mati, Ayuh Turun ke Jalan’ (Democracy is Dead, Let’s Go to The Streets) to protest the recent political happenings in the country. The poster is currently circulating online but there has been no news as to who is the organiser for this protest and they did not appear to have applied for a permit. However, Dang Wangi OCPD Asst Comm Mohd Fahmi Visuvanathan Abdullah told The Star that there will be enough police force at the area to avoid any untoward incidents.

“We have not received any notice from the organisers of the protest. However, police personnel will be on standby to ensure the safety and security of all.”

ACP Mohd Fahmi advised everyone not to break any laws no matter the current situation and he reassured that the situation will be under close supervision for everyone’s safety. Yesterday, Inspector-General of Police Tan Sri Abdul Hamid Bador warned that strict action will be taken against those who threatened public safety in the name of a demonstration. Even though the police have not received any news on the disruption of public order, they’re ready to take any necessary action. He advised everyone to remain calm and go on with our lives.

A demonstration at the current moment is probably not the best idea despite the political situation. There are many other safer ways to express your dissatisfaction. Let us never forget about the Covid-19 outbreak that still looms above us like a dark cloud. 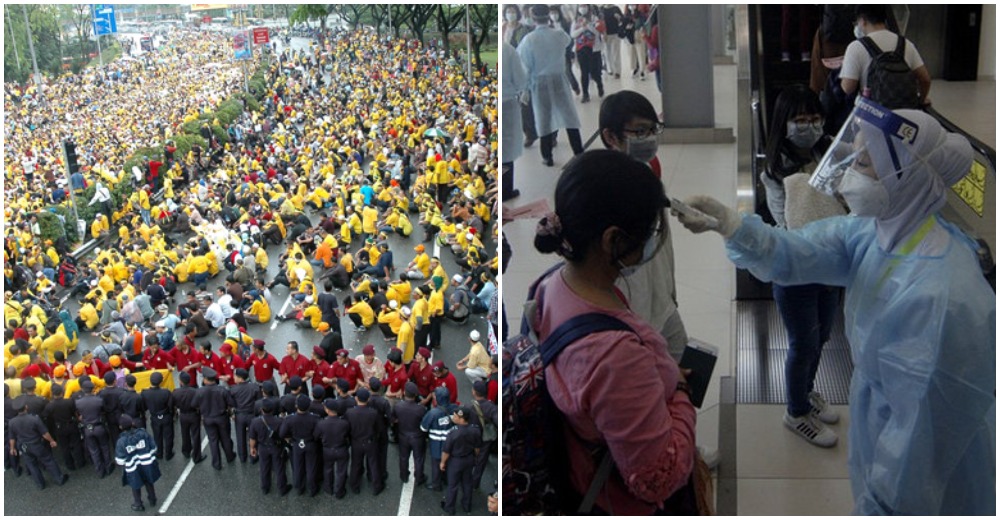