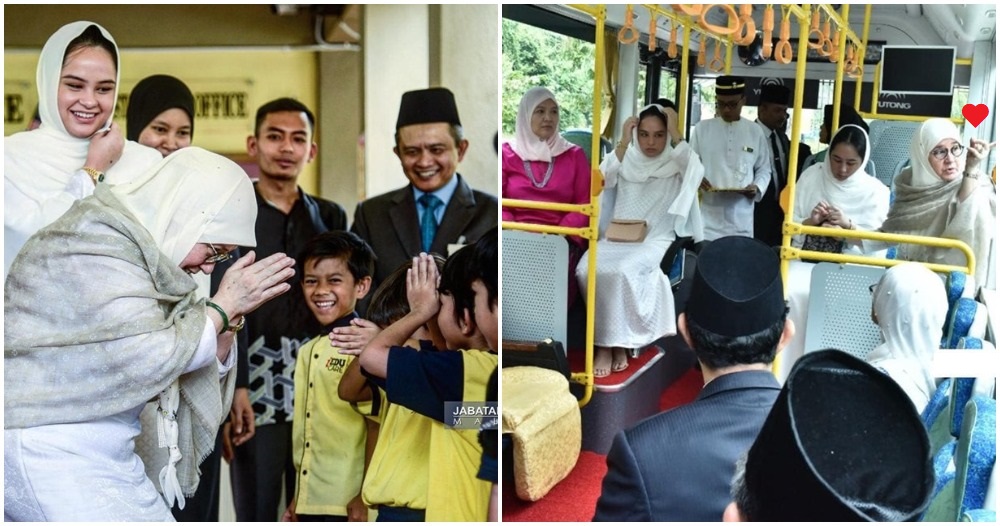 We know for a fact that our queen is really humble as one of her long-running programs is subsidising the cost of IVF for underprivileged couples, to cooking for her staff!

Well, recently she went to visit the International Islamic University of Malaysia (IIUM) Gombak campus where she was appointed as the chancellor in July.

Instead of taking a bullet-proof car and all that jazz, she opted for the campus bus instead. My heart can’t take this, Your Majesty. She looked really cosy in there with the princesses and the rest of her entourage.

The Permaisuri has shown a lot of interest in architecture, and even said that she hopes she’ll be able to kacau the Architecture Faculty to learn more. So cute our Queen.

The next place that she went to was actually the daycare within campus grounds for the staff’s children. She went there to interact with the kids and it looked really fun. In a short speech that she gave, she said that Tunku Masera Sultan Iskandar, her sister, was also an alumni of IIUM. She hopes that her daughters, the princesses (Tengku Puteri Afzan and Tengku Puteri Jihan) will choose IIUM to continue their studies.

She ended her short speech by hoping that the management will be able to help her lead the university to more success. She also hopes that she’ll be able to learn a lot more things to be a good queen for Malaysia. Her Majesty is really such a humble person and we, as the rakyat of Malaysia, are blessed. Long live the King and Queen!