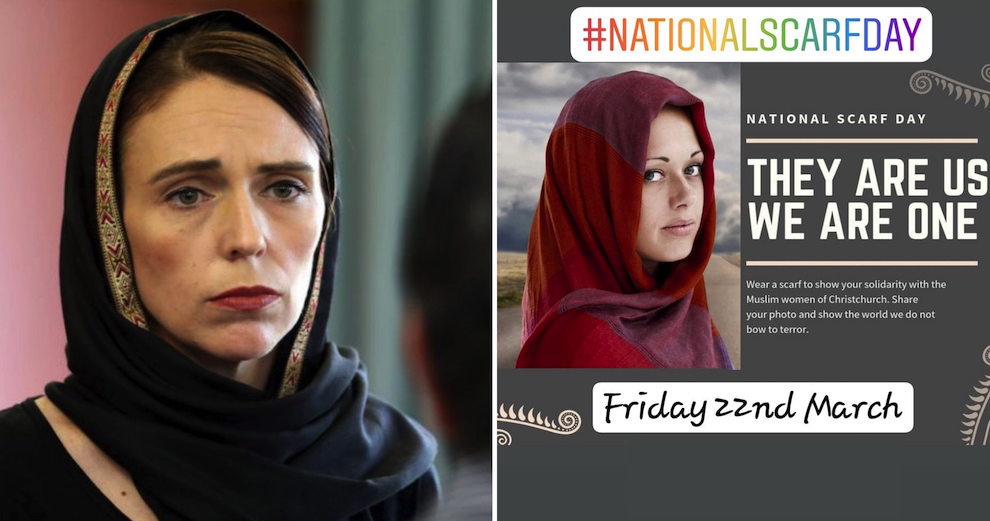 It’s been less than a week since the horrific attacks at two mosques in Christchurch, New Zealand took place last Friday (15th March), killing a total of 50 people.

The attacks were quickly deemed as an act of terrorism by New Zealand prime minister Jacinda Ardern, who also called the day of the attacks one of the country’s darkest days. Words of condolences and support for the victims’ families and the Muslim community soon came flooding in from all corners of the globe, with world leaders condemning the attacks as well.

The New Zealand prime minister also became the first signatory of a national condolence book opened in Wellington earlier on Monday (18th March). According to ABC News, she reportedly wrote in the book,

“On behalf of all New Zealanders, we grieve together. We are one. They are us.” In another sign of solidarity with the Muslim community, a ‘National Scarf Day’ will be held this Friday (22nd March), during which women across New Zealand will don the hijab to show support for the community affected by the recent tragedy in Christchurch. An excerpt from a post by Facebook page Scarves in Solidarity reads,

“Get your girls friends, your sisters, your work colleagues, your sports team, your school, your church together and share a photo of you in your scarves so we can show the world that WE ARE ONE.”

Show your support to Muslim women and the victims of the Christchurch terror attacks. On Friday 22nd March wear a scarf…

Posted by Scarves in Solidarity on Monday, March 18, 2019

News of New Zealand’s National Scarf Day has also gained a lot of positive responses from netizens all over the globe, who thought it was a great way to show solidarity with the Muslim community.

This is a touching idea. I was in college in 2001, and some of us wore scarves on campus after 9/11 in solidarity with our Muslim friends. It seemed like a gesture too minuscule to matter, but I hoped it helped a little. I am sad that so many years later so little has changed.

Well, it really goes to show that in times of tragedy, love and support are what unites us all. Our hearts go out to the families of the victims and hope that this display of solidarity helps them heal.