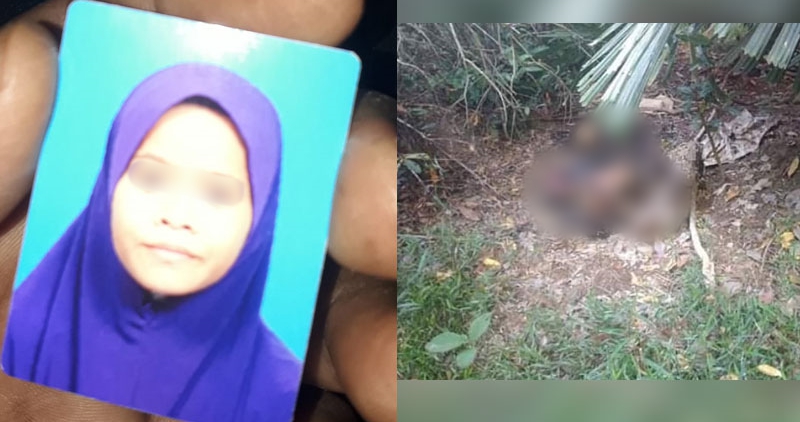 Siti Masyitah Ibrahim, the 11-year-old Pahang girl who was reported missing on 30 January has been found dead at an oil palm plantation at Kampung Tanjung Medang Hilir, Pekan.

Her body was found in a horrific state — tied up, decapitated, with internal organs removed.

Even in such a condition, her mother, Zaleha Abdullah, 35, was able to positively identify her daughter because the deceased was found in the same blue dress she was wearing when she was last seen.

“It broke my heart to see the mutilated body of my daughter. Her hands and legs were tied, and her head was separated from her body. Some internal organs were missing.

“We searched for her in the same area eleven days ago, but she was not there,” Zaleha told NST.

Siti Masyitah had gone missing on the evening of 30 January. She had requested for RM1 to get something from a nearby shop. She said she would return promptly, she never did.

With the help of villagers, they have been searching the area for her every single day since she had gone missing.

“I prayed for her return… (so) it broke my heart to see her mutilated body yesterday. Who is the heartless person who did this to my child?”

One villager suspects that Siti Masyitah was killed somewhere else before her body was dumped at the location.