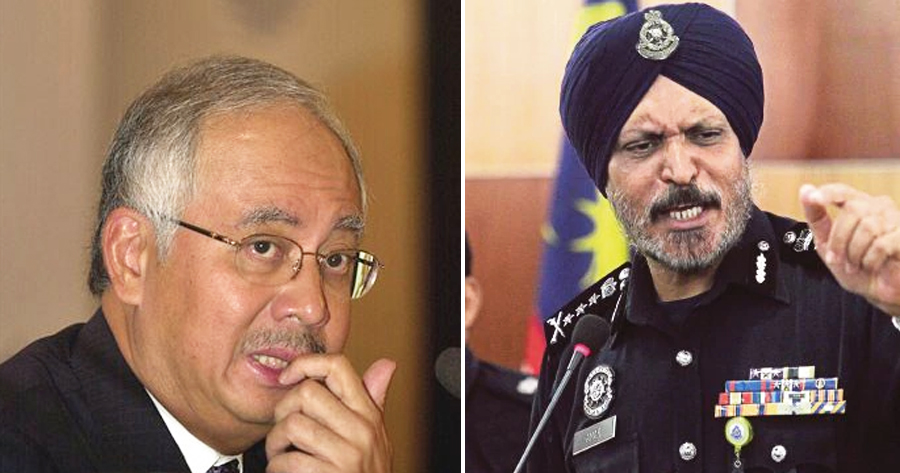 After the police had concluded the raid at former prime minister, Najib Razak’s house, he was reported to have given full cooperation to the police. But soon after, he claimed that some of the police personnel had helped themselves to food and chocolates from his refrigerator during the raid.

“This is reflected by the manner in which police personnel helped themselves to food and chocolates in the refrigerator,” he said, adding that it had embarrassed and humiliated his family, reported The Sun Daily.

Najib’s complaints had reached Datuk Seri Amar Singh, Bukit Aman Commercial Crime Investigation Department director, who urged him to point out the officer who had done this so that stern action can be taken. He added that he will not tolerate such unprofessional conduct from his men. “I request that more details be provided on the incident that had taken place and (for him to) identify the police personnel involved,” he said in a statement today.

“I will not tolerate such unprofessional conduct and stern action shall be taken against the personnel concerned for violating our standard operating procedures, if the allegation is found to be true.”

As for the photographs of the raid that had leaked online, he urged the relevant parties to provide further details so that the police can identify the source of the photos. He added that it could have come from the police or from other parties who were also present during Najib’s house search, according to the New Straits Times.

“In reference to allegations of leaked images, no officers and personnel were allowed to carry mobile phones except for the commanders and deputy field commanders. Photographs and videos on the premises involved are recorded by our official photographer,” he said.

“If the other parties are able to come up with evidence, an investigation will be conducted to determine the source.” According to Malay Mail, Amar Singh said that there were six searches being conducted simultaneously, and that he had appointed six senior police officers to oversee the operation for each of the search parties.

“The commanders responsible for each of this premise and men under his command were categorically reminded by me to conduct the searches professionally and accord utmost respect to the occupants, as these premises are occupied by the ex-prime minister of our country and his family,” he said.

“The Commercial Crime Investigation Department (CCID) always strives for excellence and professionalism in all our investigations. Any insubordination and unprofessional conduct will be dealt with seriously.”

Do you think Najib will be able to provide any evidence that chocolates were taken from his fridge?

Also read: Najib Lashes Out At Cops for Taking Food and Chocolates from Fridge During Raid