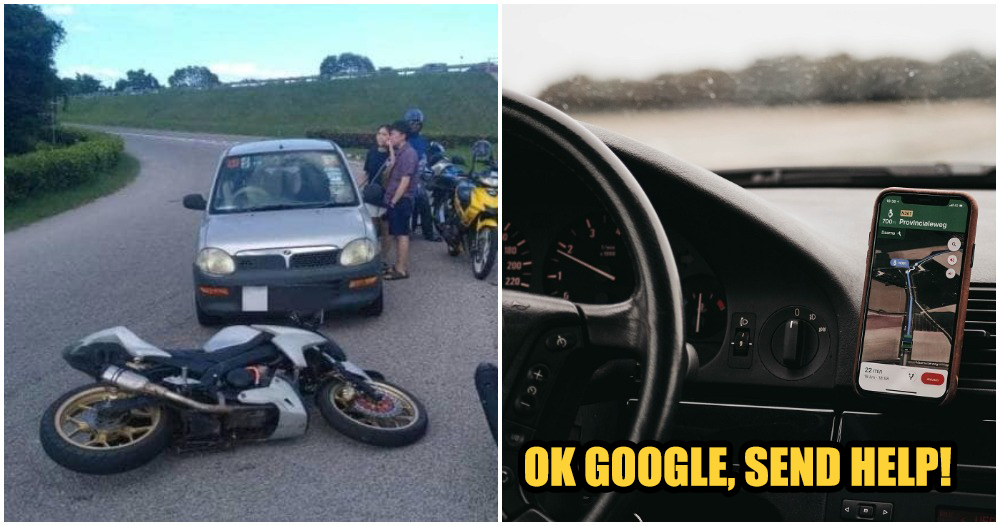 We all remember that scene from The Office when Michael Scott drives his car into a cake all because the GPS said so. At that point, someone doing that seemed ridiculous, but what happens when this comedy skit becomes a reality?

A woman driving from Sungai Petani to Kepala Batas just casually drove on the opposite side of the road all because she was following her trusted Waze. Not only that, she also crashed with a motorist, causing him to lose his balance and flip onto her car. The 23-year-old driver was driving from Sungai Petani and turned into the Sungai Dua line, but soon realised that she was on the opposite of the road. It was too late however as a motorcyclist on a Yamaha FZ came from the opposite side, and they both crashed.

Fortunately, the motorist didn’t suffer from any major injuries and just had some light scratches on his hands. Further investigation confirmed that both the Kelisa driver and the motorist still had valid driving licences.

The Kelisa driver wasn’t arrested and the case is currently being investigated under Road Transport Rules (Rule 10LN 166/59).

To those of us who lack a sense of direction and rely 100% on navigation apps, maybe analyse the roads once in a while. Technology is taking over and your Waze might be the first one to go evil…

What was the moment your navigation app let you down? Let us know in the comments!

Also read: Waze Now Shows You How Much You Have To Pay For Tolls Nationwide!