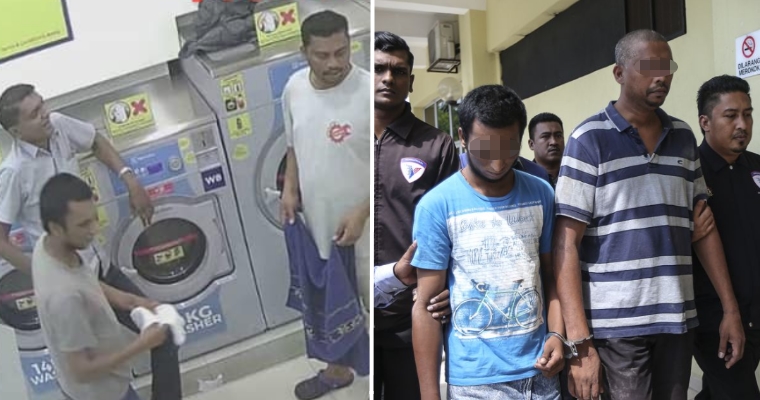 Last September, Malaysians were shocked when news of three men killing a pregnant cat in a dryer in Gombak went viral. Now, it looks like justice is being served to at least one of them as the Selayang Sessions Court sentenced A. Mohanraj to two years of jail for the brutal killing. Justice Rasyihah Ghazali sentenced the 42-year-old taxi driver after he admitted to the crime, reports the Malay Mail. The charge, which is punishable under Section 29(1) of the same Act and read together with Section 34 of the Penal Code, carries a maximum fine of RM100,000 or a jail term of up to three years, or both, upon conviction.

Satthiya was discharged without an acquittal for the same offence, while Ganesh maintained his “not guilty” plea to the charge.

Prosecutor Roslan Mohd Isa from the Selangor Veterinary Service Department asked the court for a harsh sentence because of the cruelty of the crime, The Star reported. Isa said, “This case is of public interest as it involves torturing a defenceless animal. This attitude is not accepted by society.”

Meanwhile, Mohanraj pleaded for a lighter sentence as he was repentant and had a family to feed. “I feel regret. I apologise to all Malaysians and I promise not to do this again. When I was detained, I was jeered and insulted by other inmates for the crime,” he added. Video camera footage from a laundromat in Taman Gombak Ria revealed that around midnight, the three men had visited the place to wash their clothes and discovered a pregnant cat which they proceeded to place in the dryer. They watched as the machine whirred to life with the helpless animal still inside, which slowly killed her. (For more information, we covered this story in depth here.)

The next day, another customer discovered the body of the cat in the machine, soaked in blood. The police were alerted and the men were arrested in a manhunt that same day. The laundromat had to close temporarily because of the stench of decay from the cat’s body. It’s very encouraging that Malaysia is taking such a firm stance on the issue of animal cruelty.

For example, the Animal Welfare Act which was enforced in July 2017 brought harsher consequences for animal abusers: a fine of between RM20,000 and RM100,000, a maximum jail term of three years, or both. Despite the consequences, cases of animal abuse have steadily risen over the last five years, with 510 reported cases in 2017 alone.

So, what do you guys think? Was the punishment too harsh or did Mohanraj get off easy? Let us know what you think in the comments!