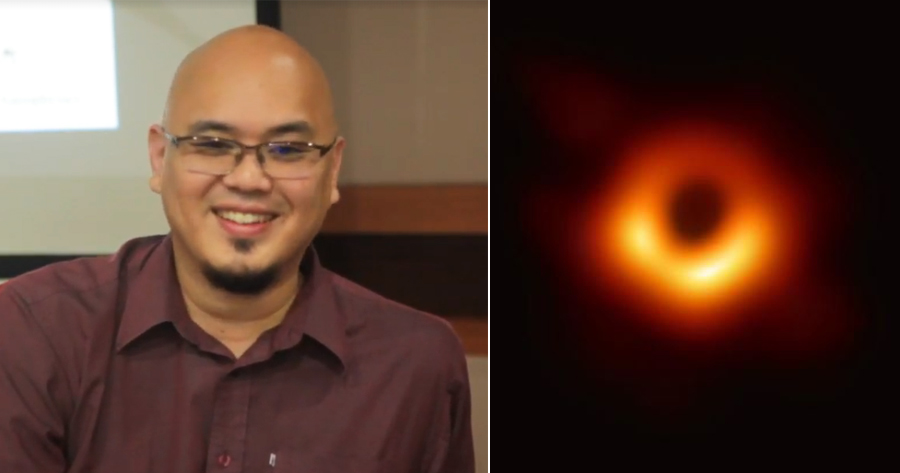 It was a momentous occasion for all of astronomy when scientists unleashed the news that they have captured the first ever image of a black hole. But not only was this a breakthrough in astronomy history, it was also a remarkable achievement for Malaysia as well!

That’s because our very own fellow Malaysian, Kevin Koay Jun Yi, was one of the scientists behind this astounding project, The Star reported. He got involved after he joined the Academia Sinica Institute of Astronomy and Astrophysics (ASIAA) as a postdoctoral fellow in 2016 and was among the first 20 people to see the images. So cool! “I was invited to join the Greenland telescope and EHT group because of my background and previous experience in radio astronomy. Of course, this project was too exciting for me to turn down!” the 37-year-old from Penang said.

“I was part of the observing team at the James Clerk Maxwell Telescope (JCMT) on Mauna Kea, Hawaii, on April 2017 when these observations were carried out. I am also a part of the data processing and imaging teams, so I was heavily involved in processing/validating/checking the data and turning them into the images.” However, Kevin wasn’t the only one who was involved! There was also a group of astronomers from University Malaya (UM) who were part of the international team consisting of about 200 people.

“UM contributed to the project,” said Dr Juan Carlos Algaba, a VLBI (Very Long Baseline Interferometry) expert of the Radio Cosmology Laboratory in the Department of Physics, Faculty of Science in UM. Meanwhile, Kevin Koay is still in ASIAA and actively involved with the activities of the Greenland telescope in the Arctic, a newly constructed telescope which is part of the EHT assembly of land telescopes spread across the world and synchronised with atomic clocks.

The Malaysian scientist who was a postdoctoral researcher at the Dark Cosmology Centre of the Niels Bohr Institute in the University of Copenhagen between 2013 and 2016 believes that the discovery of the black hole image is just the first step into a new era of astrophysics, reported Malay Mail.

“There’s much more to learn and much to improve, like the inclusion of new telescopes such as the Greenland telescope to achieve better image quality,” he said.

Also read: This Malaysian Author’s NYT Bestselling Book is Being Adapted Into a Netflix Series!