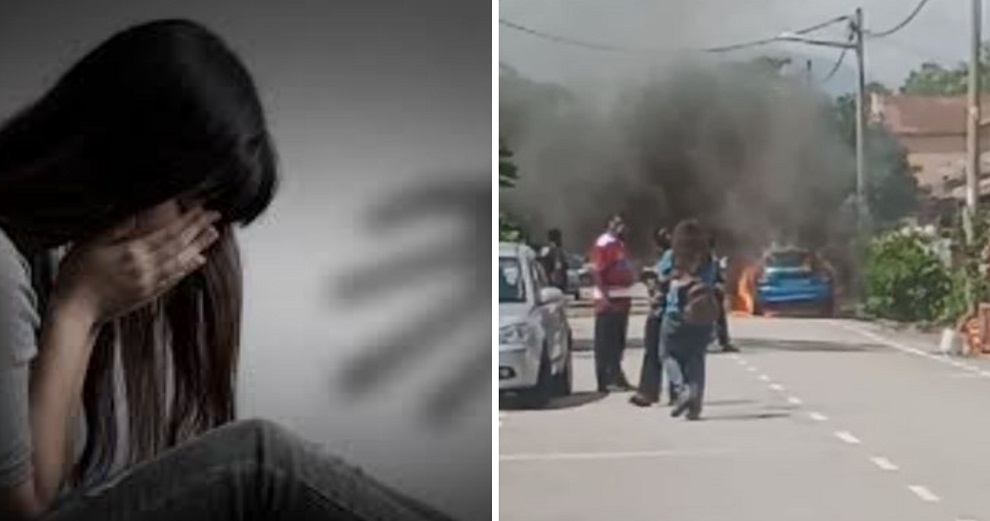 A video of a man sexually harassing a young girl inside a car has recently been circulating on social media.

According to The Star, the disturbing footage reportedly shows the man, believed to be in his 60s, engaging in a sexual act with a girl believed to be between 12 and 14 years old inside a car. In the 3-minute video, the man can be seen coaxing the topless young girl to touch his genitals, promising to buy her things, but the girl, appearing distressed, asked for him to stop. He can also be seen performing sexual acts on the girl.

Another video that has also been circulating is of a car set on fire by people who were outraged at the video. The car is believed to be the vehicle in which the previous video was filmed. Meanwhile, a number of individuals across different states have filed police reports over the video. “We are also probing on the incident location, to find out whether or not it belonged to the individual.”

In an update on the situation, the man has reportedly turned himself in at a police station in another state shortly after the second video of the car being set on fire went viral.

Let’s hope that the authorities thoroughly investigate this issue while ensuring the young girl’s wellbeing is prioritised.

Also read: Sabah Man Brings 16yo Daughter Into Oil Palm Plantation, Rapes Her & Warns Her Not To Tell Anyone