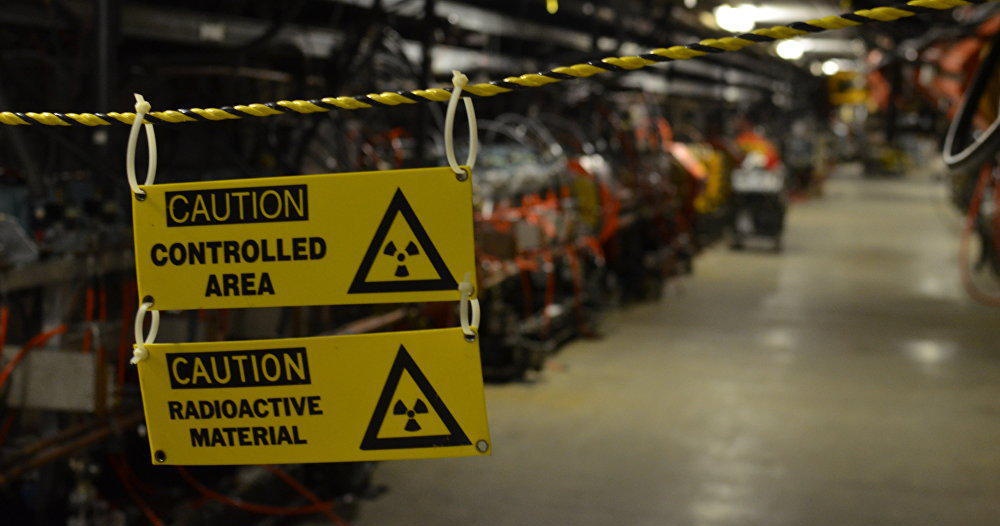 A recent worrying report by NST revealed that the authorities are all searching for a 23kg Radioactive Dispersal Device (RDD) that went missing since 10 August 2018. Oh dear, this is serious.

The RDD – which is an Industrial Radiography Equipment – contains a radioactive isotope called Iridium-192 that can release beta and gamma radiation as it decays within the span of 73 days.

Therefore, police and the Atomic Energy Licensing Board (AELB) are afraid that the RDD could fall into the wrong hands like terrorists, militants or people who will unknowingly dismantle the device and sell it to the scrap metal shop for money.

NST further reported that according to some published reports, the Iridium-192 is one of the most stolen commercial radioactive isotopes, which can be used as dirty bombs.

FYI, these conventional bombs are used to spread radioactive material and if not handled properly, it could jeopardise the life of the handler and anyone close by. So, as long as the device remains in the lead-shielded casting, it will not pose any harm.

For that very reason, NST was alerted of the search of the device and they found out that the radioactive device is a property of a company that offers test, calibration and inspection services to the oil and gas industry, including power plants, manufacturing, automotive and transportation sectors. According to sources, two technicians who are both from the company put the RDD into the back of the company’s pick-up truck for an assignment in Seremban. After they were done with the assignment, they left the place at 2am and made their way back to the office.

However, after arriving at their office an hour later, the device – which reportedly costs at least RM75,000 – was nowhere to be found in their Nissan Nivera. The technicians told the investigators that the tailgate of their vehicle was lowered by the time they reached the office and they have tried to find the device by retracing their journey but the duo had no luck retrieving it.

They also said that they never made a stop on their way back to the office and, upon realisation of the missing device, one of them even alerted the ALEB and Plus Malaysia Bhd, who helped them look for the device in the area between the Sena-wang and Seafield toll plazas. In the meantime, NST’s report further revealed that the Criminal Investigation Department did not find any evidence of the tailgate being forcefully opened. Instead, its locking mechanism was found in pristine condition and it’s impossible for it to unlock by itself.

Hence, the Shah Alam district police headquarters (CID) was suspicious of the technicians’ story and remanded them. Nevertheless, they were released on Friday (17 August 2018) when the authorities found no trace of criminal elements, including possible involvements in terrorism or militancy, on them.

They came to this conclusion based on forensic investigations on their handphones and several interviews with them by the investigators. With that said, the device still hasn’t been found and AELB is concerned that the missing radioactive device could propose a hazard to our security and safety. They noted that if the device falls into the hands of a layman, they may tear it apart and sell it as scrap metal. By doing so, this person will unknowingly cause a “mass exposure to radioactive materials”.

An AELB source was quoted as saying,

“We appeal to those in possession of it to contact the police or AELB. Do not open it. It cannot fall into the wrong hands as the consequences can be deadly.” This is certainly very worrying! We hope the authorities will quickly find the device. Meanwhile, if you have any information on this device, don’t forget to alert the authorities. Stay safe, guys!

Also read: Form 3 Students Throw Homemade Bomb Into Classroom While 6 Teachers Were Inside