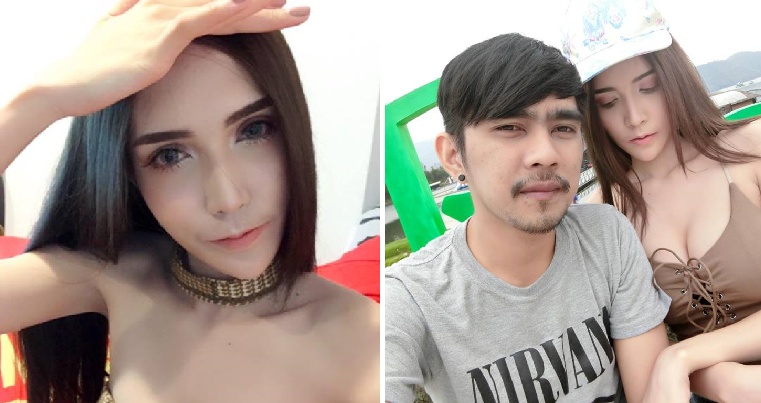 Who says true love doesn’t exist anymore? A recent story of a Thai model who expressed her unconditional love for her boyfriend of five years who earns only 500 Baht (RM62) a day has moved many netizens on social media. Nutchanart Chaichan, a 22-year-old model, recently shared a post on her Facebook page that went viral after she penned a sweet post about her 25-year-old boyfriend Wutthichai Saeng-ngern, Nextshark reported. Netizens were fascinated as Nutchanart, despite having a glamorous career, chose to stick with her boyfriend faithfully even though he was not very well-off.

“Why did I choose this man? Although we are different in every way, what we have in common is our love for each other. Whatever you eat, I’ll eat. Wherever you go, I’ll go. For us, you’ve taken every job offered to you. You never complain that you’re tired. When I’m with you, I’m happy,” she said. She had said this in response to people who had been ridiculing the couple’s relationship over the year and judging them because Wutthichai did not have money. Not everything is about money leh! Nutchanart added, “Our love has blossomed in the past five years. Please don’t think less of a man who works for a few coins. Both of us have worked so hard together. We’ve earned everything we have.”

Wuttichai actually works as a moto-taxi driver and fares start at 10 Baht (RM1.20) per trip so he earns about 500 Baht (RM62) every day. It was reported that his monthly wage is typically around 15,000 Baht (RM1,876) but his loving girlfriend doesn’t mind and they’ve even managed to have some savings together. The couple had met back in 2013 in Nakhon Si Thammarat Province when both of them were in their hometown. They decided to move to Bangkok and had started a business selling clothes and shoes in the Ramkhamhaeng area. Unfortunately, their business didn’t do well and Nutchanart started to take up modelling jobs while Wuttichai said that he started to drive moto-taxis.

“I’m not ashamed at all. He’s doing good, honest work,” Nutchanart defended her boyfriend. In fact, they are so in love that they already have plans to settle down and want to have children in the near future.

Such a sweet couple who doesn’t care only about the materialistic things in life! We hope that they remain happy together!