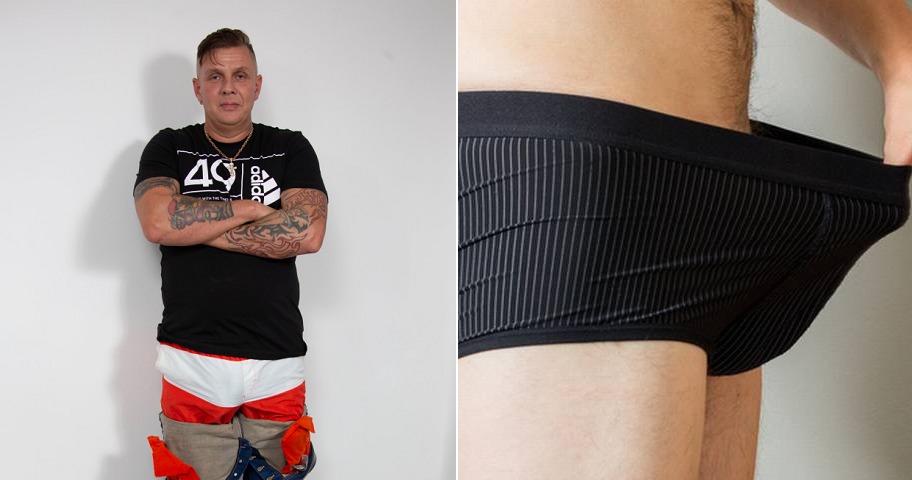 A man was confronted by a store staff because his penis created a suspicious bulge that made them think he stole something from the store. What?!

Malay Mail wrote that a man, Steve Whitehurst, was shopping at Scott Menswear – which is a men’s clothing store in the UK – when a female manager noticed a “bulge” in his pants and immediately thought he stole a product from the store.

At this point, Steve was already checking out as he paid for nearly GBP400 (RM2,060) worth of products when the shop manager got suspicious and accused him of theft. FYI, Steve was at the store with his girlfriend, Mandy Shenton, along with her grandchild. “I had very tight jeans on that day and there was a bulge, yes, but that’s not illegal.”

Steve tried to reason with the manager but she wasn’t buying any of his explanations. So, he got a little annoyed and dropped his pants to prove his point – that it was, in fact, his “10-inch penis” that was in his pants and nothing else.

Even after Steve’s little stunt, the manager remained suspicious and asked him about his bulge… over and over again. Steve, who was frustrated with the entire ordeal, later offered to show his bulge to a male security guard in a fitting room just so he could prove that he is innocent.

He shared that this was the craziest experience that he has ever had and following that, Steve filed a complaint against the company, which is owned by JD Sports.

Steve’s partner, Shenton felt that the whole experience was embarrassing and “humiliating” for her boyfriend. But, eye-witnesses claimed that the staff never asked Steve to drop his pants and they said he became very “abusive” when the staff cornered him. Another witness reckoned that the staff had a valid reason to suspect Steve for shoplifting because the electronic tag was missing from a jacket which he tried on. The person was quoted as saying,

“He was picking up and dropping a lot of items. They found a missing electronic tag in a jacket he tried on and then spotted a big bulge in his pants.”

Well, I sure do hope that they have come to an understanding and have solved the matter. What’re your thoughts about this story? Fire away in the comments below!

Also read: 45yo Man Injected Vaseline Into His Penis To Make It Big, But Ended Up With Rotting Tissue & Pus