A 20 year old man stripped naked and broke into a lion cage in a Chilean zoo to feed himself to the big felines.

After entering the lion enclosure, the man identified as Franco Luis Ferrada Roman was mauled by two lions.  Santiago authorities confirmed that they had to put down the two lions who viciously attacked the man. 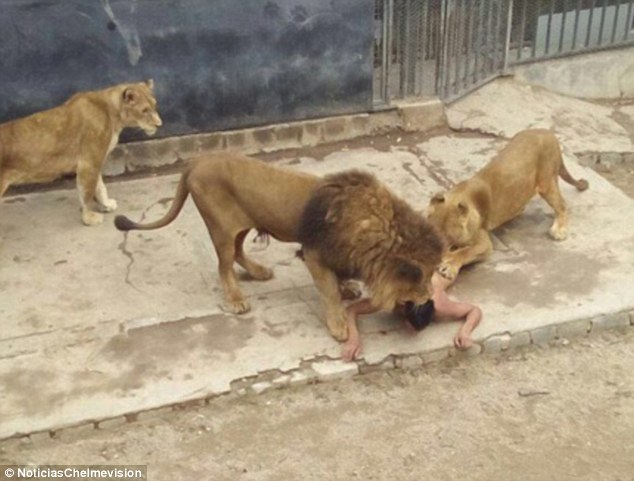 The man broke in the enclosure early Saturday, took off his clothes and jumped into the middle of the space. Visitors stood horrified witnessing the man’s crazy suicide attempt. Authorities later found a suicide note in his clothes.

Once inside, the lions were said to immediately pounce on him and began to ‘play’ with their new toy.

At this point, zookeepers intervened in the attack and shot the two lions in order to save his life.

The director of the zoo, Alejandra Montalva said, ‘We believe that this person entered as a visitor and paid for his ticket.’ 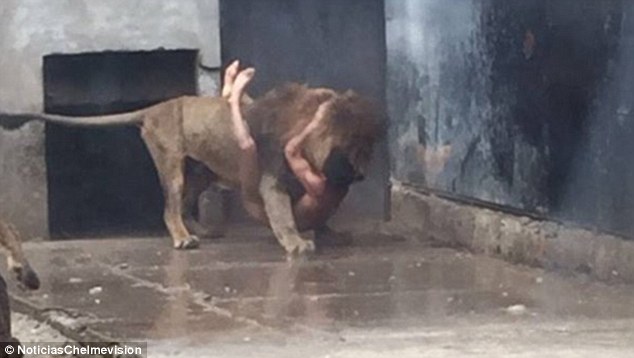 ‘Later he trespassed into an area where the public are not normally allowed and we understand that he forced the roof of the lion’s enclosure.

‘It was from there that he jumped, took off his clothes and started to attract the lions.’

The zoo director said she was ‘deeply affected’ by the deaths of the two lions, a male and a female.

‘The zoo has an established protocol because people’s lives are very important to us,’ said Montalba.

She added that there were no fast acting tranquilizers hence guns were used in order to save the man’s life. 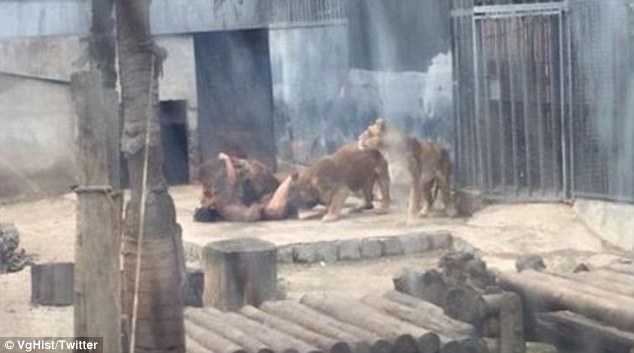 A witness said, ‘He entered the enclosure from above and the lions started to play with him, and then after they attacked him. He was also shouting things about Jesus.’

A father who was at the park with his young son, told reporters, ‘Everyone started screaming when they saw him.’

Another witness added: ‘There were a lot of children there, and parents covered their eyes while it was going on. He was also screaming religious things.’

Netizens were outraged that two lions had to be put down because of the man’s crazy actions. The man was rushed to the hospital for medical treatment and was reported to be in grave condition.