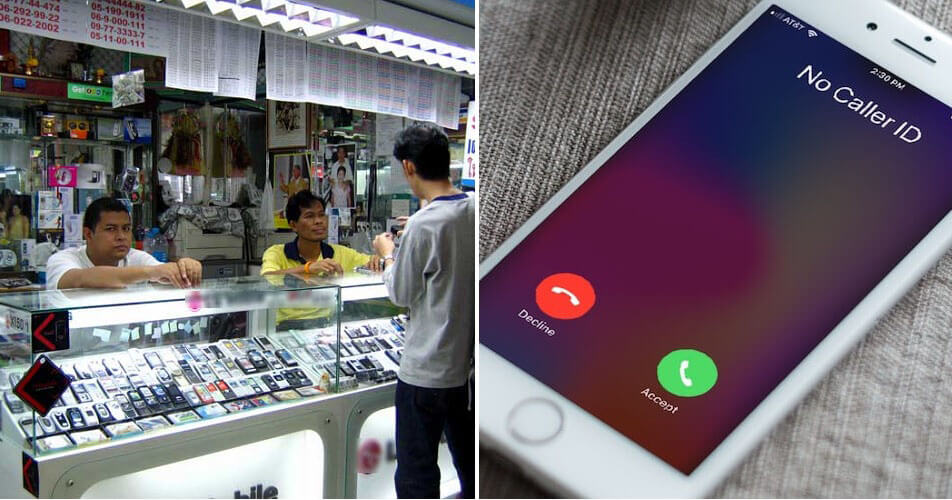 Admit it, when choosing a mobile number for ourselves, most of us would have a preference for numbers that are either easy to remember, or contain as many lucky number 8’s as possible. More ‘ong’ mah, right?

In fact, some of us would even go the extent of paying a large sum for it. This man did just that but unfortunately, instead of having lady luck on his side, his fate turned out to be quite the opposite.

According to NextShark, the man whose surname is Shen paid a whopping 20,000 yuan (approx. RM12,000) for that ‘lucky’ phone number, which ended with the digits “888”. This incident happened in Zhejiang province, China. For illustration purposes only | Source: the Bangkok shopping guide

The man thought he had scored himself an awesome phone number, but instead of luck, he was bombarded with numerous prank calls 24/7 that made his life a misery. #instantregret

In fact, the calls were getting pretty out of hand as the poor man’s sleep was even disrupted as his phone would be buzzing non-stop at 1am or 2am. He was quoted as saying,

“I did not pay much attention at first because many people around me got crank calls now and then. But later, some calls came at 1am or 2am and I could not sleep. Then I realised that something must be wrong.” For illustration purposes only | Source: chowzter

So, where did all these random callers come from lah?

Well, he got the answer from one caller last month who said that he got Shen’s digits from an episode of a TV drama where the villain passed the same number to the police. The TV drama in question is called “Skynet Action” and it was no thanks to this series that Shen’s number was broadcasted for all viewers. Walao!

After finding out, Shen said, “The number came out of a criminal’s mouth. That is bad for my image too.” A scene from the show “Skynet Action” | Source: NextShark A scene from the show “Skynet Action” | Source: NextShark

Moving forward, Shen wants to take legal action against both the production company and the video platform which aired the show. That said, the show’s distribution company has issued an apology to Shen, but it was reported that he had already changed his phone number.

Meanwhile, a representative from the company also clarified that the show has since changed its dialogue and subtitles with a new number instead of Shen’s. They also claimed to have tried contacting Shen but to no avail.

We sure hope Shen doesn’t get bothered by anymore of those prank calls with his new number! What’s the highest amount you’ve paid for a number you really wanted? Tell us in the comments!