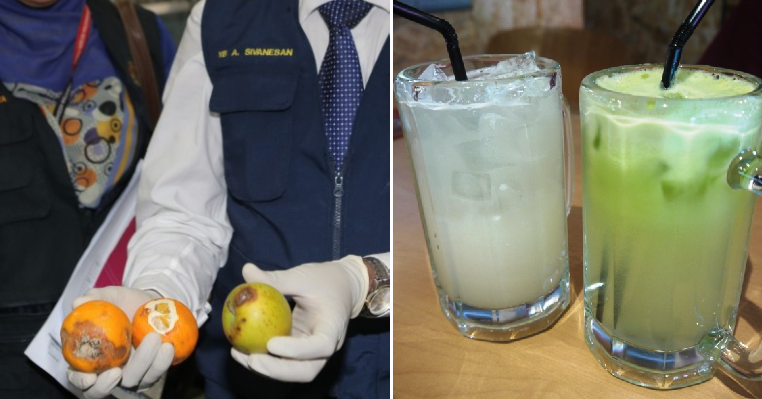 Eww, this looks really disgusting! A mamak stall in Teluk Intan, Perak was recently busted for selling ‘fresh’ fruit juice made out of rotten fruit. OMG, what? According to a report by Sinchew, the Perak State Health Department did some checks in the town and in one of the mamaks there, they found some rotten fruit stashed at the beverage section. Upon further inquiry, they were shocked to discover that the staff in the mamak actually used them to make fresh fruit juices and served them to the customers. Doesn’t sound very ethical!

That’s not all, the authorities were grossed out as well when they found numerous rat droppings on the floor and many cockroaches running rampant in the kitchen and dining areas. Other areas of the kitchen were revealed to have unhygienic practices too as they saw many used utensils that were not cleaned and were just left lying around. The dirty mamak stall has since been ordered to be closed down for 14 days so that they can clean up the restaurant. The authorities said that this was not the first time that this particular mamak had violated the rules and regulations.

The Perak State Health Department said that if the condition does not improve after 14 days, they would extend the closure for another 14 days as this kind of condition is not acceptable. Safety of the consumers is very important and restaurant operators were warned not to use excuses like “I don’t know” to absolve themselves from responsibility.

Buck up, restaurant operators and keep your premises clean!