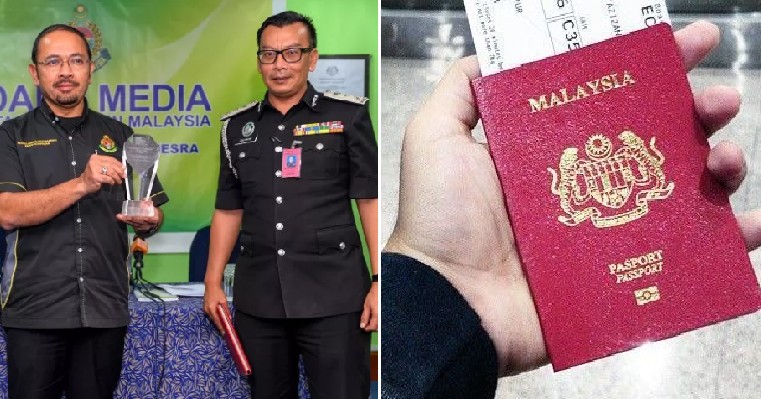 Before being able to travel overseas, every Malaysian must first have a passport that allows them to exit the country legally. In case you didn’t know, our passport has been ranked as the seventh most powerful by the Passport Index in the Global Passport Power Rank 2018. Now, the Malaysian passport has recently received another international recognition thanks to its cool security features. On Tuesday (Dec 4), the new Malaysian ePassport was awarded the 2018 Regional ID Document of the Year Award, according to The Star.

Since the ePassport was a joint effort by the Immigration department and Datasonic’s subsidiary, Datasonic Technologies Sdn Bhd, both parties were in Hanoi to receive the award. Immigration director-general Datuk Seri Mustafar Ali and Datasonic executive director Steven Ng were presented with the award during the High-Security Printing Asia Global Conference 2018 held from December 3 to 5. “It is in recognition of the outstanding technical sophistication of a document and for promoting the best in system infrastructure and implementation of a government passport or identity card scheme,” Datasonic Group Berhad said in a statement.

If you have the old passport a few years back, you would’ve noticed that our passport has actually been updated in November 2017 to include some upgraded security features. It’s these security features which include an embedded chip in the polycarbonate personal particulars page that has made our passport internationally recognised. The chip was previously in the back cover but with this new position, it will make it even harder for the passport to be forged while allowing data to be read easily. In addition, the design of the passport has changed as well, with some newly-added batik and songket motifs as well as some of our popular landmarks such as the Petronas Twin Towers. It was also deemed as one of the most beautiful passports in the world after its upgrade.

The Malaysian passport was also a pioneer back in 1998, when we became the first to develop and introduce the ePassport.

Malaysia boleh! Great job to the Immigration Department and Datasonic for the awesome passports!

Also read: Malaysians Can Actually Renew Their Passports Online Since 2016 Like us on Facebook for great stories daily!
Related Topics:2018 Regional ID Document of the Year AwardawardawardedbeautifuldatasonicdocumentepassportfeatureshanoiidentificationImmigration Departmentimprovedmalaysianewpassportreceiverecognitionsecuritytravelupgraded