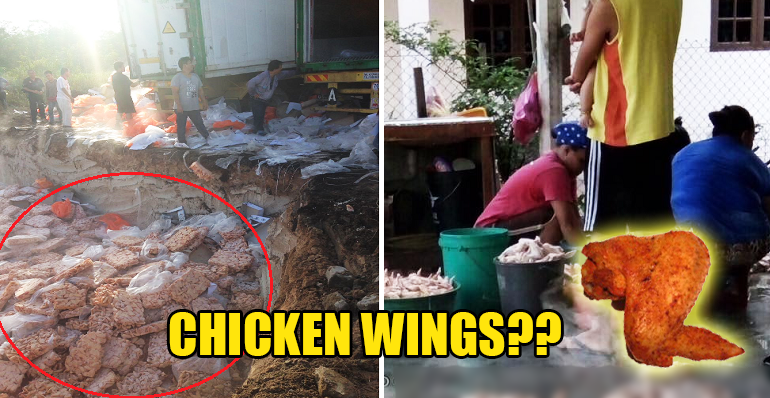 Chicken wings are a crowd favourite in Malaysia, and are often eaten as snacks, part of a meal or just anytime when we feel like it.

The villagers of Bukit Aup, Sibu must be true die-hard fans of chicken wings, as dozens of them were found digging up these heavenly food… from the ground!

The officers then threw away the chicken wings and buried them at Bukit Aup area on Friday. News about the “hidden treasure” circulated in Whatsapp groups and the villagers thronged the area on Tuesday to dig up the chicken wings. According to The Borneo Post, the villagers got the news from their friends who encouraged them to dig up the wings. “I came here because my friend told me about it. Yes, there are chicken wings here, some are even frozen,” one of them said. But are they fit for consumption? Most of them say that the chicken wings look fresh and are still frozen. And the issue of being buried underground for four days doesn’t bother them either as they say they are going to wash the meat. The villagers also seem to have forgotten about the recent spate of bird flu, H5N1 in Malaysia as they rush to grab as much wings as possible.

I don’t know about you, but I’ll probably be avoiding eating chicken wings for at least a few months.