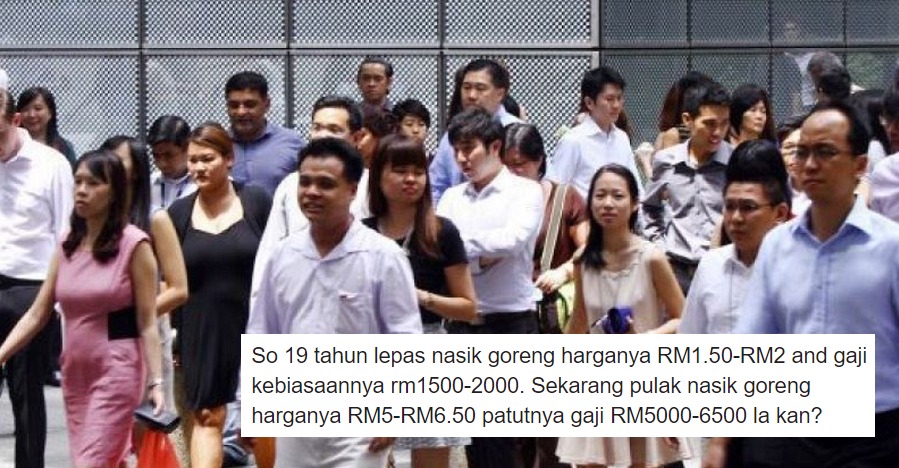 It’s tough being a Malaysian at this time and age. It’s no secret that our fresh graduate’s salary can hardly fund our living expenses – especially with the rise in living costs year after year.

Si Injang points out the biggest struggle most Malaysian millennials face, which is the huge gap between the rising costs of living compared to our current standard salary range.

“I don’t know if I’m just bad at mathematics but it seems like the cost of living is rising while salary ranges still follow older standards.”

He continued on in his thread, explaining that though we’ve been living with such an unjust economy, we’re viewed as lazy and bad with money by the older generations who have enjoyed a far more balanced economical landscape that have given them the purchasing power to buy houses and multiple cars.

He further highlights by pointing out how the economical gap has even forced millennials to find ways on stabilising our financial statuses by taking up jobs such being a grabfood rider.

“We can’t even afford to buy a house though the past generations bought each of their children a house while renting out one to us.”

“If our pay is equivalent to the rise in living costs, then we don’t have to suffer like this. We can’t even buy a house, we struggle to get married because we can’t afford it, and we even have to think twice before starting a family.”

He laments that it is absolutely not logical to live in 2019 with a minimum salary of RM1,500.

“It’s not logical but this still exists. This is the reality and truth we have to face about the life we live in right now.”

“The younger generation will not be able to survive as long as the generation in power are the elders who mock us while on their comfortable throne funded by their fully stocked accounts. Their assets would be able to feed 19 generations before they run out. Our salaries? Will run out within a week,” he said when ending the post.

Si Injang’s posting has since garnered over 19,100 retweets.

Millennials don’t need to maintain a certain type of lifestyle, we just want to be able to achieve what the older generation has achieved, but in the same economical landscape as they did. Is that really too much to ask for? Let’s hope our base salaries can finally be increased and that rising prices in the country can be controlled better.

Also read: Malaysia’s Salary Is Now So Low that People from Vietnam and Indonesia No Longer Want to Work Here