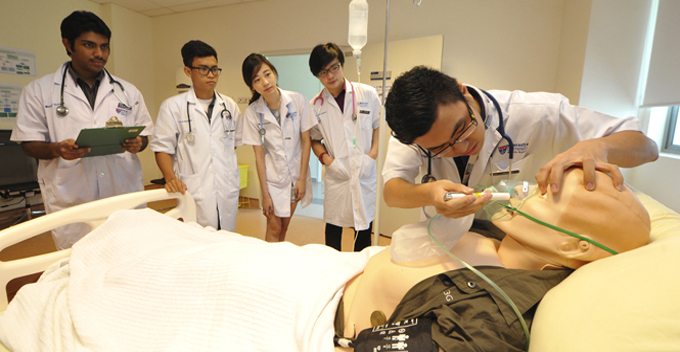 The oversupply of medical doctors in Malaysia has long been an issue in our country, and it’s up to the government to come up with a new plan because the current one is just a temporary solution.

Earlier this year, the Health Ministry has started offering jobs to medical graduates on a 4-year contract basis to provide them with adequate training and reduce their waiting time for housemanship.

However, at the end of the contract, only half of the young doctors will be offered permanent positions at government hospitals, meaning the other half of them will have to job-hunt, as reported by Sinchew.

It was estimated that at least 2,000 doctors will be out of job every year because their contracts have ended, according to the president of Malaysian Medical Association (MMA), Dr Ravindran.

It’s difficult to place these 5,000 aspirational doctors at government hospitals for housemanship, which prompted the contract policy to be implemented. This problem was caused by the oversupply of medical graduates and also because 20 per cent of the housemen failed to finish their training on time, Dr Ravindran said. The ones who are not offered a permanent job could seek opportunities at private or military hospitals, universities or even foreign countries.

Dr Ravindran also said that things weren’t looking good for those who run their own clinic either, as 500 clinics have closed down in just three years since 2015. The hike in operational cost and decreasing number of patient numbers have brought the clinics down to their knees.

Besides, 1Malaysia clinics have become their main rival.

Some doctors have resorted to working part time at other clinics after their own one has closed down. Meanwhile, a few have even left the profession!

Let’s hope the Health Ministry will be able to quickly come up with a better plan to solve this problem permanently. Stay strong, young doctors!